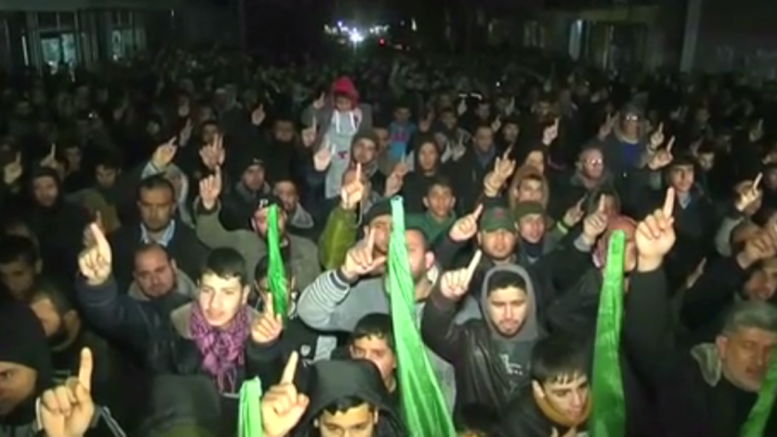 Who recently stated that Israel has “warmongering tendencies” and is engaging in a “deliberate balkanisation programme aimed at sabotaging the twin-state (sic) solution”?

You would be forgiven for thinking it’s Hamas, as their charter contains very similar language. But, in fact, it was the editor of the Dominion Post, one of New Zealand’s leading newspapers.

According to the senior journalist, new NZ Foreign Minister Gerry Brownlee should be “hauled over the coals by his leader” for calling New Zealand’s co-sponsoring of UNSC Resolution 2334 “premature” and suggesting that he wants to repair the relationship with Israel, the only liberal democracy in the Middle East.

Meanwhile, the editor describes Brownlee’s predecessor, Murray McCully, as “bold and courageous” for joining Malaysia, Senegal and Venezuela in co-sponsoring the biased text – which he did without cabinet approval.

There has been no evidence that McCully’s “bold move” has brought the parties any closer to sitting down at the negotiating table, let alone achieving peace. In fact, Resolution 2334 has emboldened the extremists and made negotiations much less likely. Why should the Palestinians change their stance when the UN is giving them more than they’ve previously demanded without requiring anything of them or holding them to account?

It is not clear why Brownlee should be castigated for attempting to bring New Zealand back into line with our traditional allies, which largely condemned the anti-Israel move at the UN, and for returning to more longstanding even-handed NZ policy toward the Palestinian-Israeli conflict.

Brownlee, we are told, is an “appeaser”, even though McCully pushed the Palestinian/Egyptian-worded resolution through while determinedly fostering trade with Arab states and was subsequently awarded the United Arab Emirates Order of Zayed II for his diplomatic efforts.

The Dominion Post editor would clearly prefer New Zealand to align with the non-democratic nations and terror groups who also applauded the resolution.

The editor also claimed that Netanyahu, the Israeli Prime Minister, is “ a major obstacle to any just peace in the Middle East”, and stated he heads “the most right-wing Israeli government in history”. Resolution 2334 was “a sensible attempt to pressure [Netanyahu] to adopt a civilised policy”, according to the editor. This overlooks the fact that Netanyahu headed a 10-month freeze in settlement building in an attempt to restart negotiations and also agreed to a US-brokered deal which would have seen another settlement-building freeze and to give up part of Jerusalem to the Palestinians. In return, the Palestinian government had to recognise Israel as a Jewish state and give up their demand for “right of return”. It took two hours to discuss the offer and for Abbas to reject it.

Indeed, the editorial does not seem to be concerned with facts or any form of substantiation. It did not mention the Palestinians’ role in the conflict at all. It lays the blame for a lack of Israeli-Palestinian peace only on Israel, ignoring the Palestinian rejectionism, the deep division among its leadership and the continuing problem of incitement and terrorism.

The editorial simplistically reduced Resolution 2334 to only being about settlements as an obstacle to peace. It completely ignored the fact that the resolution text denies the millennia-long Jewish connection to Judaism’s most holy sites, ignoring and contradicting previous UN resolutions and demanding Israel’s submission to indefensible borders, as well as advocating for boycotts against the Jewish State.

It would have been interesting to hear the Dominion Post editor engage with the issues that Resolution 2334 raised, rather than simply engaging in empty propaganda, repeating the flawed logic of McCully, and resorting to fanciful polemic.