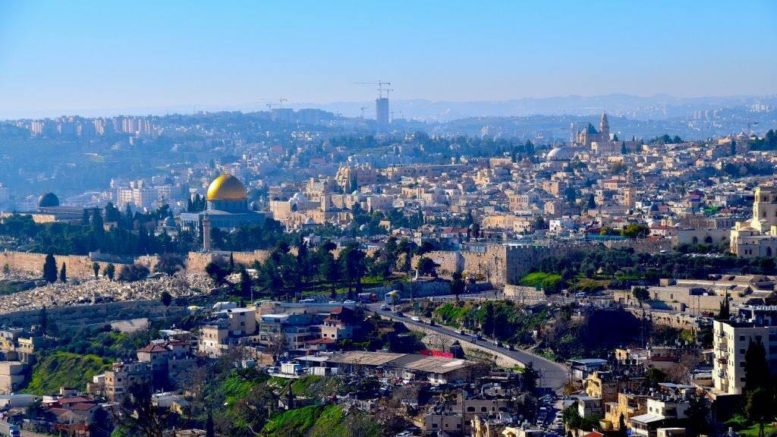 Donald Trump’s announcement today recognising Jerusalem as Israel’s capital was, in itself, nothing new, nor should it be controversial.

His speech was, in fact, in keeping with US legislation two decades old. It has only been threats of violence that have prevented successive presidents from making the symbolic move. All of Trump’s statements can be found in the 1995 Jerusalem Embassy Act and his speech merely recognised what has been the de facto situation since 1950, that the city of Jerusalem is the seat of Israel’s President, Parliament, and Supreme Court, and the site of numerous government ministries and social and cultural institutions.

The Act, and Trump’s speech, acknowledged that the city of Jerusalem is the spiritual center of Judaism, and is also considered a holy city by the members of other religious faiths. It referred to some of the historical background – that from 1948-1967 Jerusalem was a divided city and non-Muslims were denied access to holy sites by Jordan. In 1967, the city of Jerusalem was reunited during the conflict known as the Six Day War. Since 1967, Jerusalem has been a united city administered by Israel, and persons of all religious faiths have been guaranteed full access to holy sites within the city.

The Jerusalem Embassy Act has never been implemented because every six months since 1995, presidents Clinton, Bush, and Obama have invoked the presidential waiver, citing national security interests. Trump has chosen to ignore the threats from Arab leaders and to “make good” on his election promise. Israel Institute of New Zealand co-director, Dr David Cumin says the move is more a stand against terror than anything else.

“Successive United States Presidents have been concerned about threats of violence and so postponed the legislation every six months for the past two decades. It is only terror that has stopped the symbolic recognition of the truth so far.”Dr David Cumin

Trump’s moved has challenged the current situation, which has been described as a “soft, stable, self-sustained stalemate”. Critics have called the move a ‘unilateral decision’ that could ‘undermine peace efforts’. This is possibly the case but these same critics support the unilateral actions taken at the UN, wherein biased resolutions are passed to apply pressure only on Israel and to erase the historical links between Jews and Jerusalem and other Holy sites. The facts in The Jerusalem Embassy Act has been ignored by United Nations bodies and in Security Council resolution 2334 which New Zealand co-sponsored.

The irony, however, is that the embassy move does not contradict any of the United Nations resolutions, nor does it prevent the possibility for the Palestinians to one day have its capital in East Jerusalem. Trump stated:

“We are not taking a position on any final status issues, including the specific boundaries of the Israeli sovereignty in Jerusalem or the resolution of contested borders. Those questions are up to the parties involved.”Donald Trump

Ultimately peace will only come when both parties are willing and ready to negotiate. Time will tell if this symbolic move, recommended in 1995 and scheduled for the next years, will help or hinder a negotiated peace.