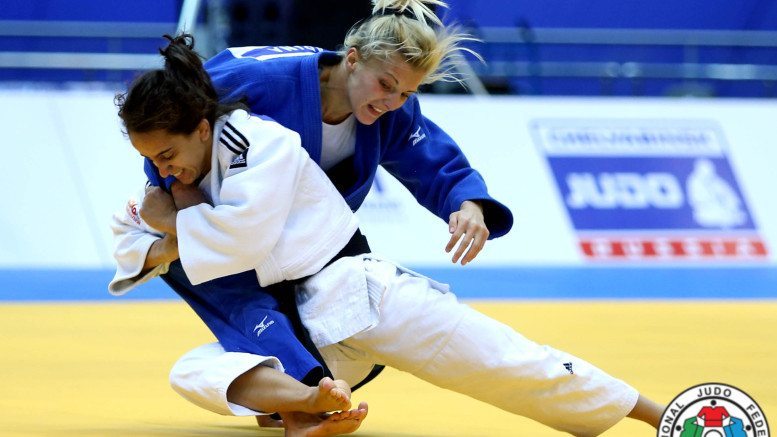 However, the win comes after scandal and disgrace for both UAE and the IJF. UAE originally refused visas for the Israeli team (including 2013 Rio gold medallist Yarden Gerbi) to enable them to participate in the IJF-sanctioned event. 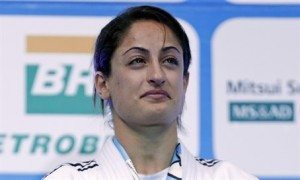 IJF world president Marius Vizer from Austria was forced to intervene and his negotiations secured visas for the participants, but did not allow them to participate as representatives of the State of Israel, or for the Israeli flag to be flown, or the letters “ISR” to be displayed anywhere at the event (and, so it seems, even on the event website).

Notably, the impressive Israeli delegation was forced to attend with non-state status and compete under the IJF flag at the event, rather than under their own Israeli flag. Of the 94 countries at the event, only the Israeli flag was not flying during the proceedings and instead of competing with the letters ISR on their Judo suits, the Israeli team had to use the letters “IJF” as in International Judo Federation. Provocatively, even the IJF official results record bronze medal winner Yarden Gerbi as representing IJF not ISR (Israel).

The Times of Israel reports that Israeli Sports and Culture Minister Miri Regev said she was unwilling to put up with Israel being boycotted at sporting events, following this case and a windsurfing competition in Oman last month at which Israeli Maayan Davidovich competed while wearing the International Surfing Association’s RS:X and not the Israeli flag.

The Israeli team, like any other team in the world, has the right to represent Israel with the flag and national anthem in any competition on any continent. I won’t let this become the norm. When the judo team returns I will figure out what happened there.” Miri Regev

This is scandalous. Imagine New Zealand or the All Blacks being refused entry into an official international sporting event or not being allowed to fly our NZ flag or have our country’s name on on our uniform. You can read Yarden Gerbi’s heartfelt Facebook post about the event and the impact it has on the Israeli participants here.