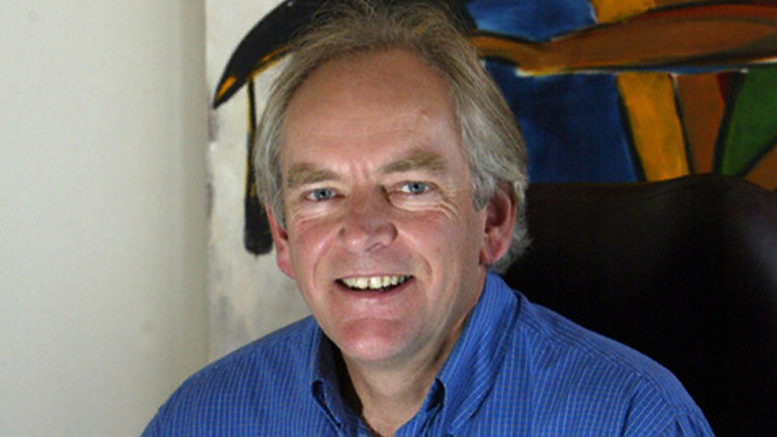 New Zealand’s role as a sponsor of UN Security Council Resolution 2334 and the resulting spat between New Zealand and Israel has sparked some intense debate in the New Zealand media. It’s also unleashed some particularly nasty and downright weird characters giving voice to their hatred of Israel.

For example, Patrick Smellie, in the Fairfax Media-owned Taranaki Daily News, opines that Israel may wage ‘war’ on New Zealand through cyber warfare targeting “key elements of New Zealand infrastructure – telecommunications and electricity networks, secure communications channels for diplomats and defence personnel, and the like.”

It doesn’t come as much of a shock that underneath the piece is a note stating that the “article has been edited for clarity since it was first published.”

Not much clarity there.

But worse is to be found in the New Zealand Herald affiliated Hawke’s Bay Today in an appalling opinion piece by Malcolm Eves.

First, we have the reference to “God’s chosen people”:

The Christians are never going to be persuaded that Israel behaves as a rogue state responsible for the merciless slaughter of thousands of Palestinians under the leadership of Netanyahu and the other Israeli Prime Ministers before him because they believe that the Jews are God’s chosen people (meaning they can do what they like and it must be God’s will), so whatever the crime, they look to excuse the appalling behaviour.”Malcolm Eves

The abuse of the concept of the “chosen people” refers specifically to Jews and is commonly employed by anti-Semites to falsely assert that Jews claim to be superior to non-Jews not only in a theological sense but also in a racial one.

Does Judaism believe that chosenness endows Jews with special rights in the way racist ideologies endow those born into the “right race”? Not at all. The most famous verse in the Bible on the subject of chosenness says the precise opposite: “You alone have I singled out of all the families of the earth. That is why I call you to account for all your iniquities” (Amos 3:2). Chosenness is so unconnected to any notion of race that Jews believe that the Messiah himself will descend from Ruth, a non-­Jewish woman who converted to Judaism.”Joseph Telushkin

Then Eves moves on to some tried and tested anti-Semitic tropes:

It’s impossible for Palestinians to negotiate, no one “negotiates” with Netanyahu, in a normal give and take manner, it’s only his way and he cares not one bit for global condemnation of his assault on Palestinians as he has the American neocon Zionist Jews politically behind him and the hoodwinked US taxpayer haplessly funding him to the tune of billions of dollars each year calculated at about $US11 million each day.”Malcolm Eves

The conflation of American neoconservatism with Zionists and Jews is the product of a conspiracy theory promoted on extremist and neo-Nazi websites that a ‘cabal’ of Jews is controlling US foreign policy. That US taxpayers are being “hoodwinked” by these cunning Jews further plays into the classical anti-Semitic trope on display.

And just to prove that Eves is a real dye in the wool conspiracy theorist, there’s this:

More importantly is understanding the bigger picture of war in the Middle East and the Zionist plan for greater Israel. Also known as the “Yinon Plan”, according to the founding father of Zionism Theodor Herzl, “the area of the Jewish State stretches: “From the Brook of Egypt to the Euphrates.”

According to Rabbi Fischmann, “The Promised Land extends from the River of Egypt up to the Euphrates, it includes parts of Syria and Lebanon”. This is being played out now with the destruction of Iraq and now Syria by the US backing the al-Qaeda rebels as they have now openly admitted.Malcolm Eves

This utterly ridiculous “greater Israel” charge is a staple of numerous anti-Semitic websites that have twisted reality to falsely claim a Zionist plan to turn the Middle East into Arab proxy states controlled by Israel.

As outlined in the Jewish Press:

The theory is based on an article that was published in the 1982 winter edition of Kivunim, a “Journal for Judaism and Zionism,” by Oded Yinon, who writes that the agreements in the Camp David Accords should not be honored, and discusses how Arab states will be eroded along ethnic and religious lines. This article might otherwise have been forgotten, but conspiracy theorists got their hands on it and ran with the ball. The theoretical stance outlined by Yinon was expanded perhaps beyond the originator’s wildest dreams, so much so, that Arab conspiracy theorists are now ready to blame internal discord in their countries on a Zionist plot to destabilize their nations and to gobble them up as part of a future Israeli colonialist empire.”Jewish Press

That Eves links an article from 1982 to Theodor Herzl who died in 1904 merely demonstrates that Eves doesn’t even have the intellectual capacity to effectively lift content from anti-Semitic websites without making a fool of himself.

Malcolm Eves’ appalling display of anti-Semitism and conspiracy theories belongs in the most fringe corners of the internet. That this has been reproduced in a local newspaper affiliated to the mainstream New Zealand Herald should be an embarrassment to the Herald’s proprietors.

Columnists are entitled to legitimately criticize Israel in the media. Spreading anti-Semitism, conspiracies and lies crosses the line from free speech to hate speech.