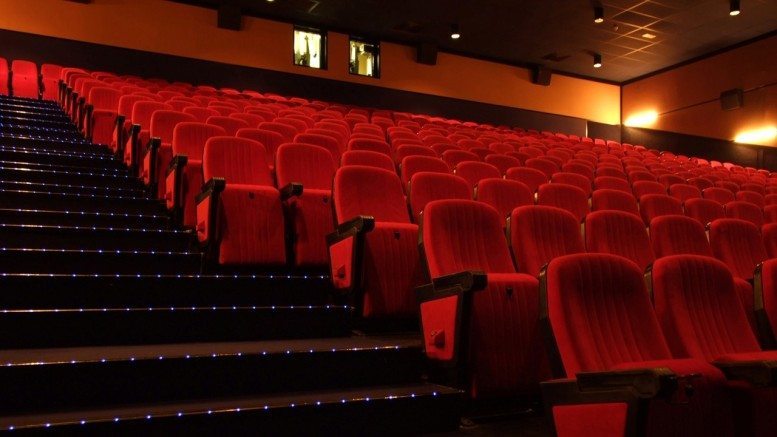 Marama Davidson, Green Party MP, has issued an invitation to attend “a very important documentary film” and talk on the topic of Peace in Israel and Palestine at Parliament. This event is also being hosted by Labour MP David Shearer. The invitation states, “There is also a need for more discussion of practical ways New Zealand can also advance the cause of peace; and for MPs to gain more information”. This would seem a worthy goal. However it is clear from the invitation and the film in question, 5 Broken Cameras, that this is going to be a one-sided perspective and discussion.

Davidson seeks to justify this bias with the claim that, “New Zealand policy-makers have identified that most of our news from the [Occupied Palestinian Territories] is sourced from Israel and reports only Israelis as victims while failing to mention Palestinian grievances or a huge groundswell of non-violent rallies”. Even a brief look at recent stories from our news outlets casts great doubt over her claim and the egregious bias of some stories from our media suggests Davidson is misleading us. Nevertheless, to cite a bias and then to present your own biased narrative does seem rather hypocritical. One is left wondering how yet another imbalanced conversation will contribute to peace. Surely both sides need to be heard for there to be any chance of resolution.

5 Broken Cameras is a film that was shot over a 5 year period, 2005-2009, by Palestinian Emad Burnat. It records the protests against the construction of a security barrier through the West Bank village of Bil’in. Burnat uses the destruction of his five cameras as a motif and connects the narrative to the development of his growing family. The film constructs a story that portrays the Palestinians as innocent, childlike victims fighting for land that has purportedly been stolen from them. Israelis are portrayed as cold-faced, heartless brutes.  Only the Israelis have any responsibility for their actions and are presented as acting only to cause suffering to the residents of Bil’in.

If you want to have your heartstrings moved, this movie will do it. Who would not be moved by images of children giving soldiers a tree, carefully staged though it may be, or children seeing the sea for the first time? However, If you want verifiable fact and information, this is not the place to find it. It is probably not intended to be. Just like images of injured children are used to defame Israel, emotion is used to supercede any reasoned argument.

During 5 Broken Cameras, Burnat apparently captures his young son Gibreel pronouncing his first words. This is described as a ‘magical moment’ in the film and such a significant life event also marked the day the family were allowed to cross the barrier. Gibreel’s first words were “the wall”, “cartridge” and “army”. If these were actually his first words, how sad is the reality of young children growing up in such situations. As one views the progression of this child’s life one sees the careful cultivation of a narrative designed to perpetuate a victimhood mentality; the nursing of the anger and hatred that fuels the ‘struggle’. This narrative of victimhood is poignantly spelled out in the concluding frames of the film. ‘Healing is a challenge in life. It’s a victim’s sole obligation’. Little wonder, then, that his first words were not “mama” or “we want peace”, or anything that might signify responsibility or hope.

The narration and images in the film are carefully constructed to evoke sympathy for the Palestinian cause. Some of the story takes the narrative to even more fictional places.  Soldiers who were unwilling participants in the film claim that many of the controversial scenes were fabricated and called for prosecution of the filmmakers for slander. They claimed that the film editors joined together frames taken at different events to create the false appearance of Israeli soldiers using violence against demonstrators without provocation. Israel’s Channel 10, in March 2013, interviewed soldiers involved in the most controversial scenes. The soldiers claim that “in reality they exercised considerable restraint, only resorting to force when the demonstrators pelted them with rocks or attempted to tear down the security fence.”

Viewing a scene where the soldiers charge the crowd using rubber bullets and canisters of tear gas, they point out an important clue: the changing attire worn by both the protesters and the soldiers in different frames. This is evidence that the film editors joined together footage from separate demonstrations to make it appear as one event. By combining frames of soldiers responding forcefully to violent demonstrators with frames of peaceful protesters beating a retreat, the film editors create the impression that the Israeli soldiers initiated the violence rather than responded to stones hurled at them by demonstrators.

The claim that these protests were non-violent is plainly false. A New York Times article in 2009 reported:

Rioters hurl rocks, Molotov cocktails and burning tires at defense forces and the security fence … Since the beginning of 2008, about 170 members of the defense forces have been injured in these villages.”Ethan Bronner

Those injured soldiers included three who were so badly hurt they could no longer serve in the army. It also said that at Bilin itself, some $60,000 worth of damage had been done to the barrier in the past year and a half”. Some view these violent acts as justifiable expressions of frustration in the same way that the recent spate of attacks on innocent civilians in Israel has been condoned. Whatever one’s view on this matter, calling the acts “non-violent” is a lie.

The building of a fence through the village is framed as an attempt by Israel to steal so-called Palestinian land. Nowhere is there mention of the fact that the security fence was built in response to a horrific suicide bombing campaign targeting ordinary Israelis as they rode on buses, waited at bus stops, ate at restaurants and celebrated Jewish holidays in banquet halls.

5 Broken Cameras, even though advertised as a documentary, is clearly not intended to be an objective account of events. The one-sidedness of the film is obvious and in a sense understandable, but one has to question why Green MP Marama Davis would promote a propaganda piece as a focus for discussion around the Israel/Palestinian conflict. Why choose a film which is obviously a biassed and subjective account as the centrepiece of such a discussion? It is also most peculiar to be using this particular film, as the main point of contention in the ‘documentary’ has since been resolved; in 2007 the Israeli Supreme Court ordered the barrier rerouted. This surely demonstrates that Israel is a liberal democracy with an independent judiciary.

Davidson’s promotion of 5 Broken Cameras states that New Zealand’s government opposes ‘Israeli colonisation and settlement’. The claim that settlements are the obstacle to peace, though repeated often is not supported by the evidence, which shows a considerable slowing of West Bank housing starts over the course of 2015. Indeed, Ha’aretz’ Levinson reported in October:

Since Netanyahu became prime minister in 2009, there has been less construction activity in the settlements than under any other prime minister since 1995.”Chaim Levinson

One should also keep in mind that settlements take up less than two percent of land in the West Bank. Further, if withdrawal from settlements were the answer, why did the withdrawal of all Jewish settlements from Gaza in 2005 lead, not to peace, but to increased rocket bombing of Israeli citizens?

Regarding the so-called Israeli colonisation, in what way does winning territory in a defensive war count as colonisation? Israel has repeatedly shown a willingness to give up land for peace – Egypt, Jordan, Gaza. In what way can giving up land be defined as colonisation? Davidson’s statement assumes Palestinian ownership when in fact much of the land ownership is contested, which is why it is more accurately termed disputed territories.

Perhaps it is easier to pressure Israel, regardless of how fictitious the accusations, than force the Palestinian leaders to sort out their internal power struggles and corruption. Other pertinent questions should be asked, such as, how peace can be achieved when Palestinians leaders intentionally foster anti-Semitic hatred? A culture of hate is cultivated in schools and mosques, where Jews are portrayed as apes and pigs and good muslims are encouraged to kill them.

The conflict is not going to be resolved by putting pressure on Israel without also pressuring Palestinians to stop attacks on Israeli citizens in all its variations – rock throwing, molotov cocktails, suicide bombs, gun & knife attacks. If our politicians feel they need to make a contribution to resolving this conflict, they could at least make an attempt at an equitable treatment of the subject, by hearing and giving platform to the views of both parties.