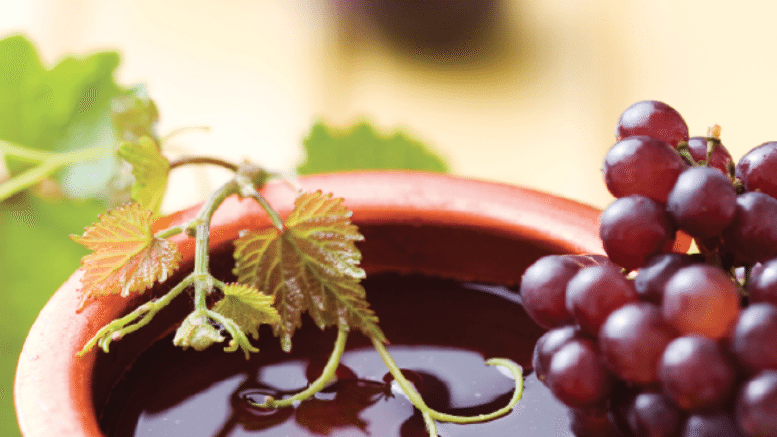 Wine is an integral part of Jewish culture; “the fruit of the vine” is one of the seven species named in the Torah as the main produce of the land of Israel. Each week on shabbat, and for many Jewish festivals, there is a bottle of Kosher wine (usually the very sweet Manischewitz) on the table that is poured into a goblet of some sort before a prayer and consumption.

The sweet Manischewitz has given Kosher wines a bad name and, by association, Israeli wines (mostly Kosher, also) have suffered from unfair stereotypes. These prejudices are being challenged and there’s no greater endorsement for the winemakers of Israel than a devoted front page cover and feature in the latest edition of the world’s most famous wine magazine, Wine Spectator.

Just as Israel is a mix of cultures and constantly balances tradition with modernity, part of the Israeli wine world remains behind the times; another is on the cutting edge. Israel’s wine industry has roots going back 3,000 years and an industry only beginning to adopt the art’s best practices.

Winemaking in ancient Israel peaked during the Second Temple period and exports to Rome flourished. After the Temple was destroyed and the Jews forced into exile, winemaking ground to a halt. With the Arab conquest in 600 C.E. came the Muslim ban on alcohol and the uprooting of many vineyards. After a brief resurrection during the Crusades, the industry was again destroyed by the Ottoman Empire.

The first recorded winery in modern times was opened in 1848 by a rabbi named Yitzhak Shor. But it was not until French Jew Baron Edmond de Rothschild got involved in 1882 that the foundation for today’s Israeli wine industry was first laid. In 1884 vine plantings began. In 1890 a winery was built in Rishon LeZion, and in 1892 Zichron Ya’akov Wine Cellars opened.

More recently, the early 2000’s saw Israelis’ growing appreciation of American and European wines and innovations in how to more efficiently cultivate the native land. There are now at least 35 commercial wineries in Israel, and over 250 boutique wineries. As the Wine Spectator feature and scores attest, the modern wine industry of Israel is world-class.

Some New Zealand wineries are already producing top-quality Kosher wine (O’Dwyers Creek and Goose Bay, for example) and techniques such as Flash Pasteurisation are being explored for non-kosher blends also. Just as Marlborough has signed an MOU with Ningxia, China, to strengthen relationships between the winegrowing regions, there may be possibilities for a Gisborne-Galilee relationship, or a Nelson-Negev partnership, or even a Waiheke-Judean Hills cooperation.

It only makes sense that two small countries with an innovative spirit could work together. We’d all love to taste a drop of that success.