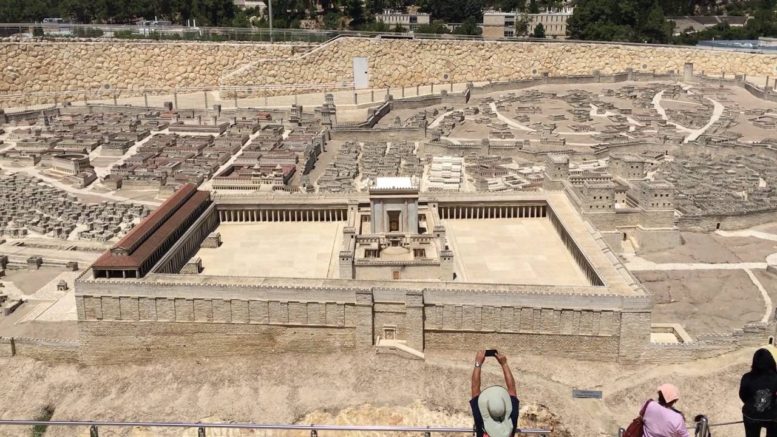 Friday saw the heartbreaking murder of two Druze Israeli policemen guarding the Temple Mount, at the hands of three Arab Israelis. This has set off a bewildering chain of events that seems to exemplify a mentality that, if it predominates and prevails, precludes the possibility of peace with Israel any time soon.

Here is the situation boiled down in 10 points:

So to summarise, Muslims are rioting over the installation of metal detectors at the holiest place in Judaism, where Jews are banned from praying, and where Muslims have just murdered two Israeli Arabs.

Here on display in the microcosm of the Temple Mount we see an extremist ideology that does not respect or recognise compromise or difference, and encourages and glorifies attacks on other others, including Arabs and Muslims. It denies Jewish sovereignty and history in Israel. It perpetuates a victimhood mentality that accepts no agency or responsibility and permits no self-reflection. This culminates in a selective indignation that demands for itself what it will not tolerate for others.

Let us hope that Muslim voices of peace and reason will prevail, as exemplified so eloquently by the Israeli Arab Yahya Mahamid, who comes from the same hometown as the three terrorists. Among other civilised messages, he said, of the three terrorists “I am saddened to see they have chosen the path of violence and terrorism, instead of choosing peace.” We should also hope that leaders in liberal, democratic countries – that New Zealand claims to be – also speak up for peace.