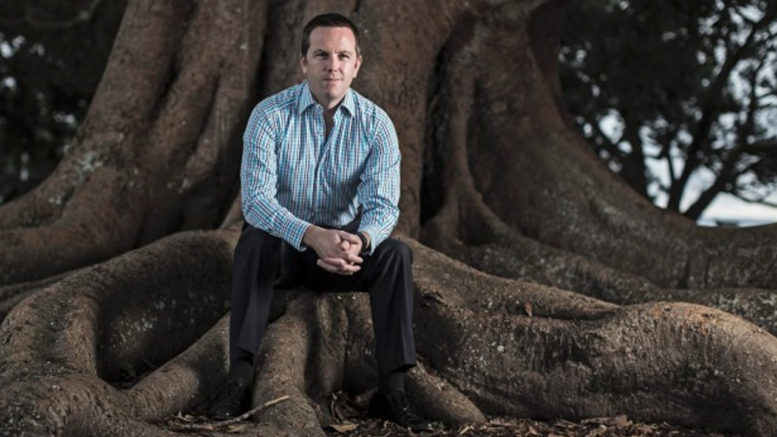 This year the Jewish Community received a personal message from National MP Simon O’Connor for the Jewish New Year, Rosh Hashanah. It read:

The ending of the old year and the arrival of the new is inherently an occasion to consider the passage of time. I believe we are all guardians of the past. Each of us has a role to play in the protection of our traditions and the cultural heritage that has been handed down to us. The past is not an extinct entity detached from the present, but the foundation on which we build for the future. This past year I was honoured to work with Rabbi Friedler, the Chevra Kadisha, and the Waitemata local board to remove the graffiti in the Jewish Cemetery on Symonds Street. As you know, that graffiti was a long-standing blight on the city and I am very pleased that it has finally been removed. The project was very complicated and I must commend the Chevra Kadisha for their efforts. How better can we honour the past, and those who came before us, than by ensuring that their memory is well protected?

While our history is vitally important in understanding who we are today, it is the decisions we make in the present which translate the past in to the future. While we have come from the past, we are not prisoners of it. Every day, each of us shapes the future. I recently attended the dedication of the first Torah made entirely of New Zealand materials. It was a moving occasion in which everyone present appreciated the long history of Jewish traditions and admired the effort that went in to ensuring they reach far into the future. I know that this unique Torah has a long future ahead of it and I wish all who hear its words all the very best.

May this New Year be a sweet one full of health and happiness for you and your families.

Similar messages were delivered to Jewish communities around the world by Barack Obama, Theresa May, Sadiq Khan, and Justin Trudeau. Malcolm Turnbull also sent a message to the Australian Jewish community and he was joined by Bill Shorten, Leader of the Opposition & Tony Burke, Shadow Minister for Citizenship and Multicultural Australia. However, Minister O’Connor distinguishes himself as the only New Zealand leader to wish the Jewish community well for the New Year. 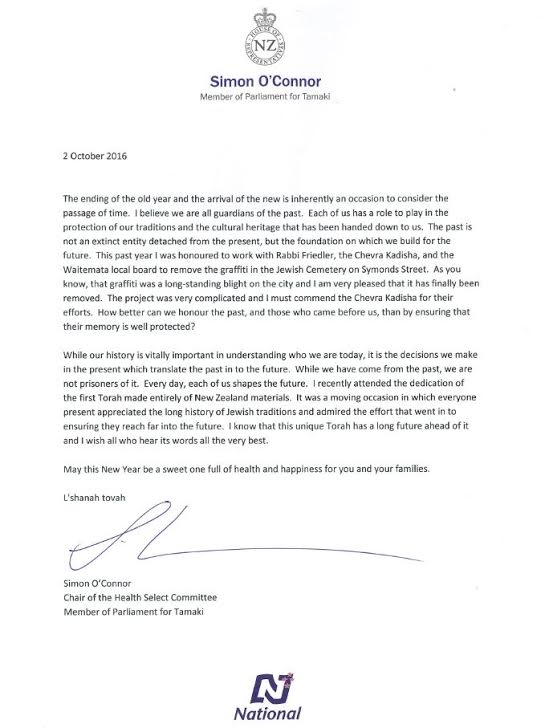