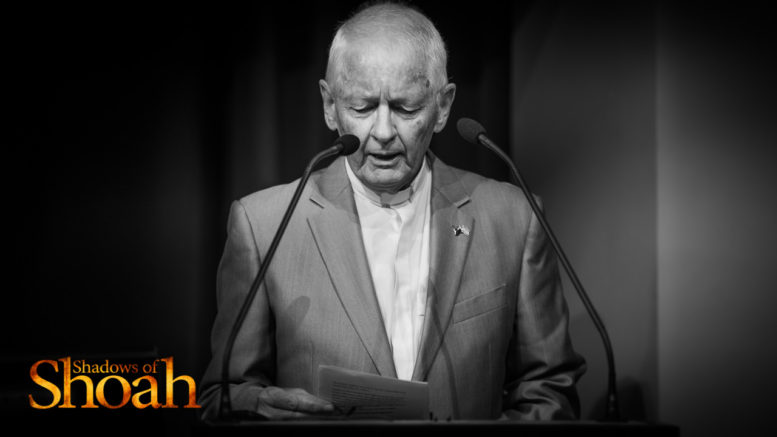 A United Nations International Holocaust Remembrance Day event was held at the Auckland War Memorial Museum on Fri, 27 January. As the event drew to a close, prayers were offered by the Kaumatua, Rabbi Friedler, and Rev. Arthur Comery. The prayer offered by Rev. Arthur Comery was punctuated with audible amens from the crowd and followed by a rousing burst of applause and affirmation. It so represented the sentiment of many who were present.

Our loving Heavenly Father, on this Holocaust Remembrance Day I come on behalf of the Christian Church.

Mere words cannot describe the depths of our sorrow and of our shame as we recall the six million who perished in the Holocaust, the pain and anguish in which the Church is so utterly complicit.

We reaffirm our sorrow and ask for forgiveness, acknowledging that the Church failed catastrophically to stand against a great evil.

But our thoughts must turn to the present, a present in which we glimpse a new evil arising, a present in which the legitimacy of the Jewish State is being threatened from so many quarters and dear Father we fear when we see the seeds of the old Jew-hatred posing as anti-Israel rhetoric, infesting so many parts of the church.

So on this solemn occasion, we do more than just remember the six million.

Our pledge is this: We will stand with you.Rev. Arthur Comery