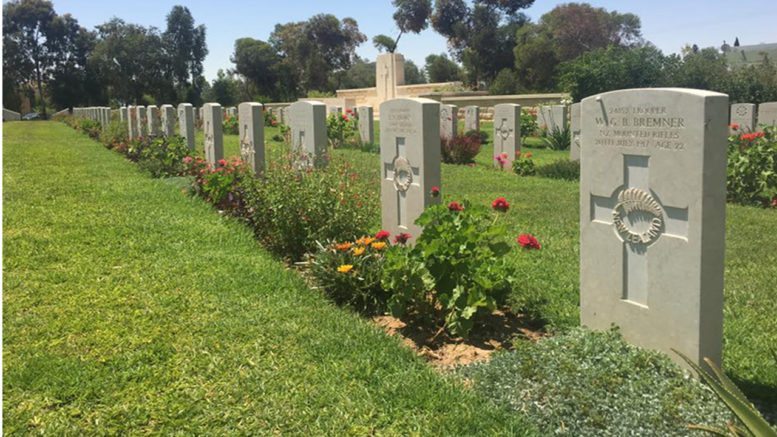 ANZAC commemorations in New Zealand usually understandably focus on the Gallipoli campaign, while some of the lesser known battles have received less attention. This year marks the 100th anniversary of the Battle of Beersheba. This battle, as part of the Sinai and Palestine Campaign, was considered key to effectively forcing the Turkish forces out of the area then known as Palestine. Special commemorations are planned for the 100th anniversary on 31 October. However, it is not clear whether or how New Zealand will be involved. 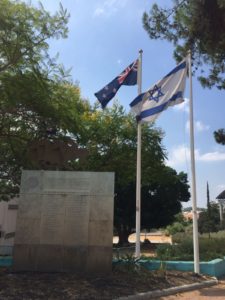 The Battle of Beersheba has become well known through movies and fictionalised portrayals of the Australian Lighthorse Brigade’s charge into Beersheba to capture the town. New Zealand’s role in this battle has had less coverage.

The battle for Beersheba raged for much of the day. The Anzac and Australian mounted divisions first had to capture two redoubts, Tel el Sakaty and Tel el Saba. Tel el Sakaty was taken around 1 p.m. after a four-hour fight. Tel el Saba, which had been allocated to the New Zealand Mounted Rifles Brigade, proved an even tougher nut to crack. It finally fell around 3 p.m. after theANZAC Mounted Division’s reserves and artillery were committed to support the New Zealanders.

New Zealander Lieutenant-Colonel McCarroll recorded the day’s events in his diary. He received the order at 8am to take the hill at Tel el Saba. His plan was to cross the Wadi Saba with the Auckland Mounted Rifles in advance to take the hill, Canterbury Mounteds on the right and the Wellington Mounteds in Reserve.

He describes how under heavy shell fire his men made their way up the wadi to take the hill.

I signalled the Artillery to lift up 200 yards and we advanced very quickly, the ground was very rough, large boulders covered the ground, we were now near the second position, Turks were shelling hard, this hill was the key position – then the final rush we took the hill. My signallers got in touch with Brigade and reported that we had gained the hill – the Turks lashed at us with shells and it was quite impossible to stay on top.

I got to a position where I could see ahead and a great sight suddenly sprung up – on our left lines and lines of horsemen moving. The Turks were on the run and the Aus Division was after them – we could see the horses jumping the trenches – dust everywhere. The fire slackened and it seemed that Beersheba was ours. We came in for a very heavy shelling. The country on our front was too rough for horses, there was no doubt Tel el Saba was the key to the position, when the Turk lost that he had to retire.”Lieutenant-Colonel James McCarroll 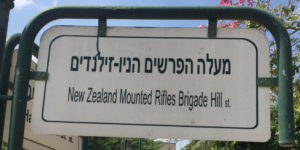 The contribution of the New Zealand Mounted Rifles was significant in securing Tel el Saba. This opened the way for the famous Australian Light Horse Brigade charge to take place late in the day.

Shalom.Kiwi honours all those ANZACs and allies who fought for our freedoms in all battles. Lest we forget.