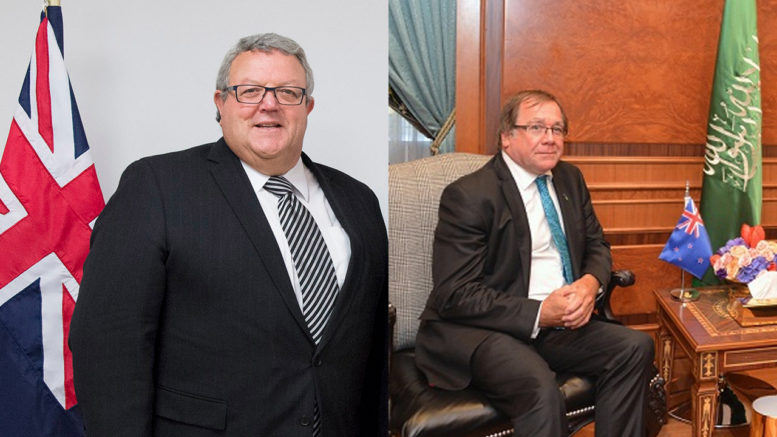 Both Prime Minister Bill English and new Foreign Minister Gerry Brownlee have said they want to repair the relationship with Israel in the wake of New Zealand co-sponsoring anti-Israel UNSC Resolution 2334. However, they seem to disagree on what that relationship might look like and how to go about it.

Brownlee, in his first days as Foreign Minister, called Resolution 2334 “premature” and said that New Zealand should not “pronounce” how either party involved in Middle Eastern policy should behave, beyond condemning terrorism. It was clearly a priority for him to start getting the relationship with Israel back on track without further delay.

Brownlee’s statements could be seen as recognition that New Zealand was out of step with liberal Western values and other democracies and a genuine effort to return to the longstanding, more balanced, foreign policy of supporting a two-state solution based on negotiations between the two parties and condemning terror.

His words are consistent with UK Prime Minister Theresa May’s comment that “negotiations will only succeed when they are conducted between the two parties…”, who also noted she was “blindsided” by the resolution. Brownlee’s statements are also more aligned with the US House of Representatives, which voted overwhelmingly for Resolution 2334 to be “repealed or fundamentally altered” and with the Australian position that the resolution is “one-sided“ and “unlikely to engender a negotiated solution”.

However, Brownlee has now said he made a mistake and will be listening to his “friends at MFAT” about “appropriate diplomatic language”. Brownlee’s mea culpa came after questions were asked in Parliament by the Green Party. Prime Minister English rebuked the new minister for his comments, saying

[Brownlee] is getting familiar with the language the Government has been using around it, and in this world of diplomacy, each word matters,”Bill English

It took English several months before he made a public statement about Resolution 2334. His words acknowledged “the extent to which the resolution upset Israel” and sought a “positive relationship” moving forward without addressing any of the substantive issues with the text, expressing any regret for the insult that New Zealand knew it was inflicting or suggesting what steps the country might take to repair the relationship.

By now reaffirming support for the resolution English has deepened the insult, possibly making any reconciliation with Israel more unlikely and calling into question how committed he is to re-establishing a positive relationship.

This all occurs in the year that is the centenary of the decisive battle against the Turks at Tel Beer Sheva, when ANZAC soldiers were instrumental in freeing the land from the Ottoman Empire in World War I.

The attitude of the New Zealand government towards Israel seems to have changed significantly over the past few years. There is a growing chasm between New Zealand and its traditional Western allies and it is becoming more aligned with non-democratic nations with inbuilt biases against the Jewish state.

Perhaps, given the praise heaped on McCully by Arab nations for his efforts in securing trade, the more recent actions of New Zealand are an example of former Prime Minister Robert Muldoon’s observation that “our foreign policy is trade”. There is certainly little morality in chastising the only democracy in the Middle East while ignoring the transgressions of others.

There was an agreement signed between Israel and New Zealand in March, 2016, to encourage collaboration between the countries’ film industries. One month before New Zealand co-sponsored the biased anti-Israel resolution it was reported that a bilateral R&D innovation deal was close to being signed between the governments. New Zealand seems keen to utilise Israeli technology and learn from its innovation success while, at the same time, undermining Israel in the political arena.

So, what does this mean? It is hard to know, given the mixed messages coming from a government whose foreign minister sponsors a UN resolution that represents a major policy change without consulting cabinet, and whose successor then tries to make amends but is chastised by the Prime Minister. It is a case of taking one step forward, two steps back.

Brownlee offered some hope that New Zealand was working to rectify the mistake of co-sponsoring the Palestinian-Egyptian drafted resolution, but now all we have is a reaffirmation of the resolution, amid some amorphous avowals of friendship. There is no indication that the New Zealand government will address any questions about the substance of the resolution or express any remorse. Can our government have it both ways?

It looks like the New Zealand government is more intent on cosying up with Saudi Arabia, not renowned as a bastion of human rights and liberal values, and less with Australia, with whom New Zealand’s relationship is increasingly fragile. That might be good for sheep sales in the short term but one can only speculate about the longer-term impact of aligning with non-democratic nations.