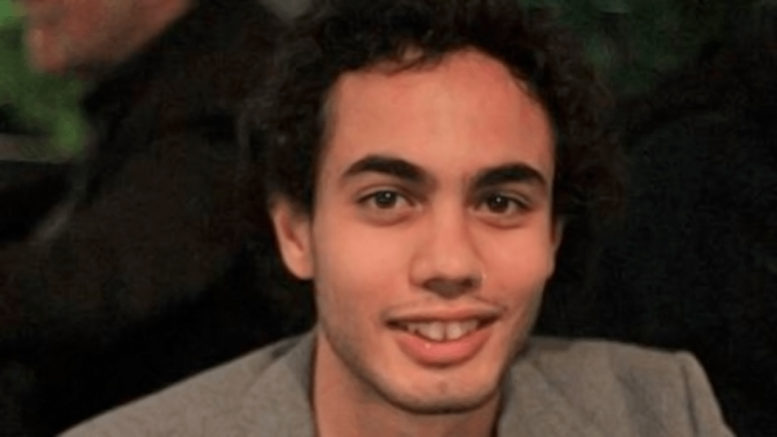 The Australasian Union of Jewish Students invited members the NSW Young Greens to a meeting with bipartisan young political staffers at the NSW Parliament. However the NSW Young Greens co-convenor, Kleon Toffetti, refused the invitation because “We have a longstanding position of not supporting this organisation because … they support the occupation of Palestine­ illegally.”

Toffetti (pictured in the header image) told the Daily Telegraph that “It is true that NSWYG have a history of not engaging with AUJS, and I expect that this will continue for the foreseeable future.” and pressed on whether his position was to effectively­ boycott anyone who supported Israel’s right to exist, Mr Toffetti hung up.

A statement issued by AUJS said:

The Australasian Union of Jewish Students (AUJS) is angered and disappointed that the NSW Young Greens have informed AUJS it is their official policy to boycott Jewish students….

It is inconceivable that these young leaders could one day become future leaders of the Greens.”AUJS press release

The Australian Green party distanced themselves from the Youth Greens’ actions, saying “The NSW Young Greens are an independent body and we have nothing to do with them. They exercise total independence and in general their views do [sic] necessarily reflect ours.”. However, there was no condemnation of the Young Greens’ refusal to meet with Jewish students or distancing from boycott activities.

New Zealand Green Party Foreign Affairs spokesperson, Dr Kennedy Graham, was more critical of the NSW Young Greens’ behaviour – telling Shalom.Kiwi that “In general, we do not agree with any organization, including any Green body, refusing to relate to, or dialogue with, any other group.” Dr Graham was one of 7 Green Party members to sign a pledge to support BDS (Boycott, Divestment, and Sanctions) in 2014.

AUJS New Zealand president, Steven Hoffman, said that he was increasingly concerned about the anti-Israel sentiment quickly and easily turning into anti-Semitic acts in New Zealand, particularly on campuses:

As long as I have been part of AUJS NZ, we have not had any political movement refusing to communicate with AUJS or Jewish students…We do, however, always fear that such prejudice can occur within the current political landscape…We are currently in the works with other community organisations for a Political debate, and we hope to see all the major parties to come and talk to the [Jewish] community about their party before the elections. It is very important for all members to be well informed for the election.”Steven Hoffman

Students for Justice in Palestine have previously tried to push through BDS motions at New Zealand universities and in a ‘panel discussion on Gaza’ Dr David Mayeda, Marama Davidson, and Prof Jane Kelsey actively promoted isolating the only democracy in the Middle East. Prof Kelsey was frustrated at a lack of willingness on behalf of the University of Auckland to subscribe to BDS, saying “When we were dealing with Apartheid South Africa, there were very few white South African’s within our universities”. At the same ‘panel discussion’ a student called on the audience to “pressure our lecturers to take a stand where it matters.”

There have also been instances of academics not wishing to allow speakers at New Zealand universities because of their views on Israel or the Palestinian Authority. This week, a group of 27 prominent Kiwis signed an open letter warning that free speech was threatened on university campuses. With moves like that of the Young Greens in Australia, and the lack of condemnation from their affiliated “grown-up” political party, this free speech message is one that should be considered.