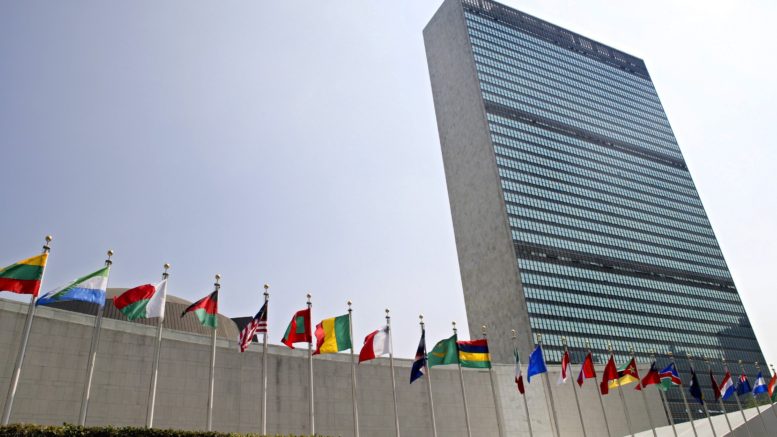 This week New Zealand’s Prime Minister, yet again, pointed an accusing finger at Israel for the “devastating one-sided loss of life” in the conflict on the Gaza border.

Ms Ardern could perhaps be excused for getting it wrong, in speaking so soon after the conflict. However, as the week unfolded it should have become clear to careful observers that the conflict was not a peaceful protest about the opening of the United States embassy in Jerusalem.

Rather, it was the culmination of an orchestrated six-week campaign by the terrorist organisation, Hamas, timed to culminate with the day they call ‘Nakba’ or catastrophe. The opening of the embassy was also timed for then, the day Israel became a State.

Hamas’ goal in the so-called “Great March of Return” was to infiltrate Israel’s border en masse. Their tactic was to gather large crowds at border locations and to use their fighters as well as groups of civilians to approach and penetrate the fence. This would enable thousands of people to pour into Israel, amongst whom would be terrorists intent on reaching Israeli communities to carry out mass murder and abductions. Young women and men were paid to put themselves in the firing line as human shields or commit violent acts on the border. Hamas’ practise of using its citizens as human shields is well known and has been condemned by the international community.

The protests over the six week period have seen crowds of over 35,000 congregating at the borders and have included violents acts such as rolling burning tires towards the fence and using them as smoke screens, throwing Molotov cocktails at troops, launching grenades and incendiary devices over the fence, firing of guns, pipe bombs and improvised explosive devices.

One only needs to listen to the words of their leaders in Arabic to understand their true intent. Amidst chants of ‘Death to Israel’ and ‘Allah u Akhbar’, Hamas chairman, Ismail Haniyeh vows: ‘We shall never, never, never recognise Israel… the resistance does not merely refuse to surrender its weapons, but is even developing them’.

Or Senior Hamas Official Mahmoud Al-Zahhar, “This is not peaceful resistance, it is supported by our weapons”.

While Ardern was quick to condemn the “one-sided loss of life”, Hamas has now admitted that at least 50 of the 62 killed were Hamas militants.

Salah al-Bardawil, a member of Hamas’ political bureau, told a newspaper that in the “most recent event” [i.e., May 14, 2018] 62 shaheeds were killed, 50 of them belonging to Hamas.

In light of the evidence now to hand, of the clearly stated intentions of Hamas leadership, will we now hear condemnation of terrorism disguised as a peaceful protest? Is the leader of our nation going to believe the words of the perpetrators of this violence, or is she going to continue to treat all violence with moral equivalence, not differentiating between those perpetrating the violence and those defending their citizens? Will she follow in the footsteps of ex-Foreign Minister McCully who refused to acknowledge Palestinian terrorism?

New Zealand’s moral deficiency was called out at the UN today by Richard Kemp, a former commander of British troops in Afghanistan, Iraq, the Balkans and Northern Ireland, who also served with NATO and the United Nations. He tweeted,

“New Zealand Ambassador at UN talks about a one-sided loss of life in Gaza conflict. Presumably she won’t be happy until there are some dead Jews. Shocking and Shameful from a civilised country.”

Having just come from the Gaza front line Kemp challenged the one-sided, distorted view of the UN,stating:

Based on what I observed, I can say that everything we just heard here (at the UN) is a complete distortion of the truth. The truth is that Hamas, a terrorist organization that seeks the destruction of Israel and murder of Jews everywhere, deliberately caused over 60 of its own people to get killed. They sent thousands of civilians to the front line — as human shields for terrorists trying to break through the border.

Hamas’s goal, in their own words, was “blood… in the path of Jihad.”

I ask every country in this Council: You have all been telling us that Israel should have reacted differently.  But how would you respond if a Jihadist terror group sent thousands to flood your borders, and gunmen to massacre your communities? Your failure to admit that Hamas is responsible for every drop of blood spilt on the Gaza border encourages their violence and use of human shields. It makes you complicit in further bloodshed.

If Israel had allowed these mobs to break through the fence, the IDF would then have been forced to defend their own civilians from slaughter and many more Palestinians would have been killed.

Israel’s actions therefore saved lives of Gazans; and if this Council really cared about human rights, it should commend the Israel Defence Force for that, not condemn them on the basis of lies.

When will our government realise that they too are complicit in failing to condemn the terrorist actions of Hamas, who go so far as to proudly use their own citizens as human shields?

Perhaps the government advisors at MFAT should consider the words of Associate Professor Stephen Hoadley, who stated this week,

‘Palestinians have done brilliantly in painting a picture that is simply untrue, it’s exaggerated, it demonises. It gains credibility when the Israeli army strikes back at the rockets and the tunnels and the terrorist acts that are perpetrated from Gaza and from Syria by the Iranians in the most recent episodes and that story gets legs’.

Hoadley concluded that on the Palestinian side you have one group that is a listed terrorist organisation (Hamas) and the other relatively uncooperative (Palestinian Authority), whereas Israel is the only functioning democracy, with a free press and religious tolerance in the whole Middle East.

Isn’t it time for New Zealand to stand with those who share the values of our liberal democracy rather than with genocidal terrorists?

**Reprinted here with kind permission from the Israel Institute of New Zealand.

Shalom.Kiwi @ShalomKiwi @JulietMosesNZ: This is what I wrote about NZ’s very own Nazi Willi Huber and our treatment of him, something I find deeply disturbing.https://t.co/yZiZgxaUJx

h J R
Shalom.Kiwi @ShalomKiwi @JulietMosesNZ: Some more on NZ’s very own SS officer Willi Huber, for those questioning what he may have seen or done: https://t.co/YUqyApMfAP

h J R
Shalom.Kiwi @ShalomKiwi “The Just One Week campaign encourages schools to give students an understanding of what happened during the Holocaust and discuss themes relating to discrimination.”https://t.co/zb9cvQRi0P

h J R
Shalom.Kiwi @ShalomKiwi @TwoPaddocks: I absolutely love the series #SHTISEL[ Netflix ]. It is close to the greatest thing ever made for Television. Touching , hilarious, often heartbreaking. What actors- #MichaelAloni here- fantastic ! I also recommend thriller #FARTBLINDER from #Sweden. I didn't even make that up... https://t.co/HnJeT4hdm8

h J R
Shalom.Kiwi @ShalomKiwi @JulietMosesNZ: The atrocities inflicted on the Yazidis by ISIS have received nowhere near the attention and outrage they warrant. https://t.co/s9Gb8AuNbU