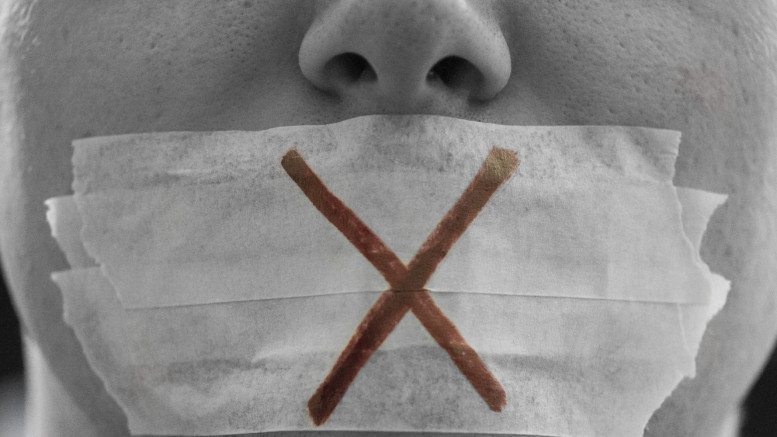 Educators in New Zealand have an honourable record in upholding the value of freedom of speech — as well they should for the value is also the lifeblood of a liberal democracy. But traditions sometimes get a little frayed around the edges—and the view from many sides is not as glittering as it once may have been.

Two recent events underscore the emergence of a worrying trend.

In the first, AUT University’s Love Chile, an associate professor, refused to host a Palestinian human rights activist who happens to be critical of the Palestinian Authority. While Associate Professor Chile had hosted other Palestinians, in this instance he declined, announcing “I don’t think I share the philosophical/political position of this particular person.” The Fabian Society, an organisation claiming “to provide a forum for education and debate”, withdrew from hosting the same Palestinian. In the event, the University of Auckland’s Mira Szászy Research Centre brought honour to its founder’s name by hosting the speaker, who—as might be expected—spurred lively debate. Nor did the sky fall in.

Next, the University of Canterbury’s Political Science Society (UCPols) and some Victoria University of Wellington educators attempted to pull the plug on a couple of visiting Israelis who had been invited to their respective institutions. The young Israelis were to share their personal experiences of compulsory military service in the 2014 Gaza conflict but UCPols vice president Hannah Rhodes wasn’t having a bar of it. Due to the “controversial nature”, she said, “we felt that we could not fairly represent each side in the situation”. The welcome mat was accordingly withdrawn.

So much for campus freedoms. An examination of previous UCPols events reveals a Maori Politics Panel, for example, where all three panelists seemed to share ideologies. Another event hosting the leader of the Labour party had no other party represented, and no other political leader invited separately. And two invitations to Nicky Hager, a journalist with strong political leanings, took place with no balancing speakers.

By contrast, the VUW Students Association decided to allow the two Israeli students to share their perspectives and ensured there was adequate security to control the accompanying protest. The Israelis gave personal accounts of their experiences and respectfully answered questions with only minor interruptions from audience activists.

Once again, the sky did not fall in; there was an exchange of ideas at the University.

The VUW Students Association conducted themselves with integrity even in the face of pressure from academics to not hold the event. A group of about 20 academics signed a letter expressing “dismay” that the Israelis should be allowed to speak on campus while, ironically, applauding the protesters who “uphold essential traditions of free speech”.

One of the academics who signed that letter was Dr Sandra Grey, head of the TEU.

The Tertiary Education Union, an organisation that aims to “foster collegial, inclusive, and equitable workplaces”, issued a media release on the controversy over the Israeli speakers—and comments from readers were in favour of their freedom of speech.

“This seems pretty straightforward,” one comment said. “So long as the speakers do not incite violence or commit a hate crime, and those hosting the speech are affiliated with the University, i [sic] can’t see why they shouldn’t be able to give a talk. And equally, people can sign letters and picket.”

Yet a group calling itself Academic Freedom Aotearoa, whose media spokesperson is listed as Dr Sandra Grey, argued that because, in its view, the soldiers were “not academics”, there was no “debate about whether they can claim academic freedom.”

This is just silly. Of course, the visitors were not claiming “academic” freedom but the very human freedom—freedom of speech—something scholars should pride themselves on upholding.

Academics seeking to silence those who hold different opinions is, shockingly, not uncommon in overseas universities—but it’s a trend we really ought not to be following.

The libertarian magazine Spiked surveyed 115 UK universities in 2014, examining the policies and actions of universities and students’ unions. It found that as many as four out of every five universities in the UK censored speech to some degree, half of them egregiously so. Similar work in the US by the Foundation for Individual Rights in Education found 55% of 437 campuses were currently cut from the same censorious cloth.

There are, similarly, individuals in our universities, as in our schools, who appear to be frightened of legitimate debate. That much is human, perhaps, but when official bodies play the same unworthy game they should at least have the decency to identify their unacademic posturing for what it is.

Liberal societies are built on the cornerstone of the free exchange of ideas. We should be very worried if the ability to debate opposing views is suppressed or censored by a “priesthood” of the academic elite.