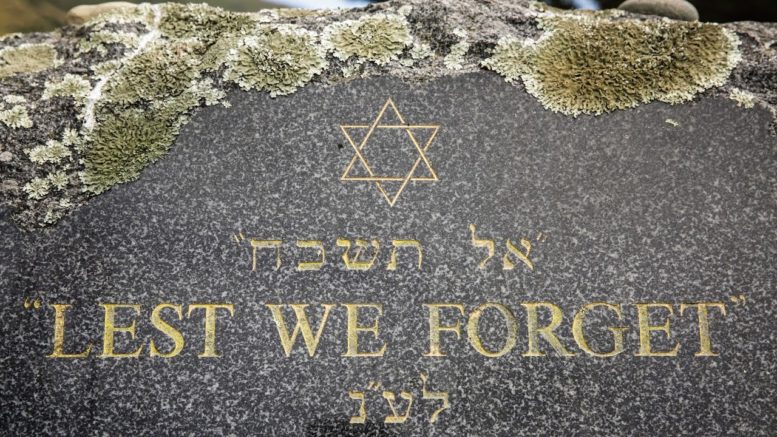 The recent airing of the TVNZ Sunday program featuring Willi Huber has raised some disturbing questions. At a time when the New Zealand government’s policies towards refugees from the Holocaust were highly restrictive, it appears that Nazis were able to immigrate to this country.

The New Zealand government eventually allowed in about 1,100 refugees fleeing Nazi Germany including some Holocaust survivors. There were also, clearly, Nazis or Nazi sympathisers who were granted entry into New Zealand. In the TVNZ Sunday show, Willi’s wife explained to TVNZ Sunday reporter, Cameron Bennett, that

“When Willi first came here he had an alien book which people don’t know about. And every time he moved or got a different job or married me he had to take it to the police station to get it signed and sealed – everything he did…”Edna Huber

Mr Huber, however, was more than just a Nazi sympathiser; he was an active member of Hitler’s most notorious armed unit. The question, which was not asked of him during the TVNZ Sunday interview, is whether Huber was honest about his role with the Nazi Waffen SS in his immigration or naturalisation application to New Zealand.

Did Huber lie to the New Zealand government about his Nazi involvement or is it possible that New Zealand officials knew his background and allowed him to enter our country?

Huber proudly admitted he volunteered to be a Nazi Waffen SS soldier on the TVNZ Sunday show. If Wilhelm Willibald “Willi” Huber was as honest about this when he entered New Zealand in 1952 then those responsible for immigration – Police Commissioner John Bruce Young, Minister of Immigration Bill Sullivan, and Minister of Internal Affairs William Bodkin – knowingly and willingly admitted a Nazi Waffen SS soldier into New Zealand.

At a time when there is controversy around granting citizenship to a billionaire because he hadn’t spent 70% of his time in New Zealand over the previous 5 years and Internal Affairs has been ordered to release more information about Peter Thiel, TVNZ Sunday has uncovered a much more unsavoury history of New Zealand immigration.

TVNZ’s sympathetic portrayal of a Nazi Waffen SS member has raised disturbing questions about New Zealand’s history. On the one hand, the New Zealand government employed a harsh and restrictive policy towards refugees who were the victims of the Holocaust, while apparently allowing Nazi Waffen SS members to immigrate to New Zealand. The government’s decision not to take legal action against alleged Nazi war criminals leaves a nasty taste in the mouths of fair-minded New Zealanders, particularly those who suffered under Nazi persecution and whose family members were murdered.

When will there be a serious investigation into how Nazi SS soldiers were allowed to enter the country and gain citizenship and why did the New Zealand government fail to take any action against alleged war criminals living in the country?