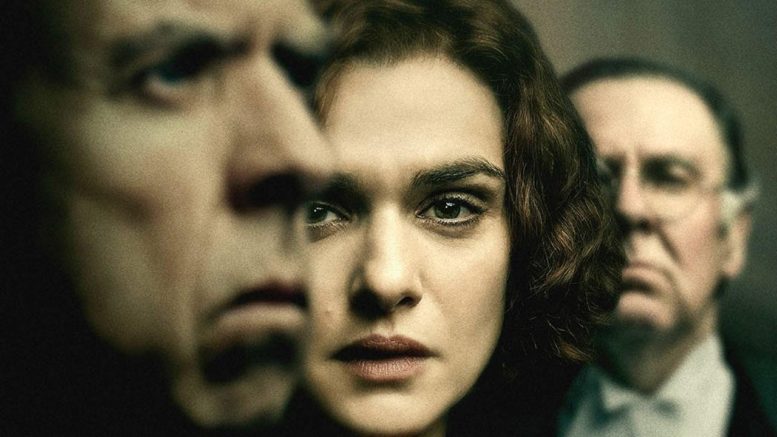 The movie Denial has just started screening widely in New Zealand cinemas. Rachel Weisz stars as Deborah Lipstadt, an historian and writer who was sued for libel by renowned Holocaust denier and anti-Semite, David Irving (played by Timothy Spall). What makes this real-life drama even more interesting to a Kiwi audience is that Irving has peculiar links to New Zealand’s own Canterbury University through its Department of History.

Irving took Lipstadt to court in England, where the burden of proof lies with the accused – thus it was for Lipstadt (and her publisher, Penguin Books) to prove that Irving’s claims that the Holocaust did not happen were, indeed, false. The landmark 2000 court case ended with a 334 page judgement detailing Irving’s systematic distortion of history and a ruling in which the High Court in England called Irving “antisemitic and racist”.

Lipstadt is reported to have said “History has had its day in court and scored a crushing victory”. Nevertheless, David Irving apparently continues to inspire conspiracy theorists and “Holocaust sceptics”, mainly through social media and the internet. Irving’s works were recommended at Richard Falk’s recent London School of Economics talk and Irving recently held a secret talk in February for 40 people, where he accused Jews of taking over Britain after 1938 and where he defended Adolf Hitler.

Holocaust denial continues to rear its anti-Semitic head in New Zealand on social media posts and Auckland Libraries was found to hold denial literature earlier this year. However, the most notorious example of Holocaust ‘revisionism’ in New Zealand – a peculiar link to David Irving – was the Canterbury University ‘Hayward affair’.

Joel Hayward completed a Master of Arts at the University of Canterbury in 1993 under the supervision of Vincent Orange. Hayward referenced Irving numerous times in his 360 page M.A. thesis titled ‘The Fate of Jews in German Hands’ which grotesquely concluded that “the weight of evidence supports the view that the Nazis did not systematically exterminate Jews in gas chambers or have extermination policies as such”.

Despite this revisionist conclusion and support for a Holocaust denier, the bizarre work was awarded an A+ grade by Hayward’s ‘supervisor and examiner’ Dr Vincent Orange and Dr John Jensen, formerly of the University of Waikato. Hayward’s thesis also caught the attention of David Irving himself, who invited Hayward to be a witness at the Lipstadt trial. The New Zealand Jewish Council, shortly after the thesis became public in 2000 (Hayward had it embargoed for 7 years), called for an investigation. The Jewish Council invited Professor Richard Evans, the eminent Historian from Cambridge University in England, to write an assessment of the Hayward thesis which was sent to Canterbury University. Evans was also a key expert in the Lipstadt-Irving trial upon which the movie Denial is based. Of the movie, Evans said, Denial “shows there is such a thing as truth”. Phillip Matthews wrote that “Evans argued that Hayward’s thesis was ‘a thoroughly tendentious, biased and dishonest piece of work’ that clearly constituted Holocaust denial. He recommended that Canterbury strip Hayward of his master’s degree.”

…Looking back through the thesis now, I can see that it contains several significant errors of fact and interpretation. In other words, I stuffed up… I asked the University to withdraw the thesis from its library. The University declined…”blockquote>Joel Hayward

The Canterbury Working Party’s conclusions imply that so long as a committee trusts degree candidates “honestly believe” what they say at the time they write their fiction, their degree ought not be canceled. So much for ethical and academic standards of Canterbury University.

A group of 63 Hayward supporters (including Hayward’s ‘supervisor and examiner’, Dr Vincent Orange, and his external examiner Dr John Jensen) led by Professor Martin Lally, agreed with the Canterbury Working Party decision to award Hayward a degree for Holocaust denial and wrote an open letter to Canterbury University seeking “appropriate remedies to Dr Hayward” for the “general climate of hostility” he felt. The same letter cited Dr Thomas Fudge’s intention to resign from the University over the issue and considered “public pronouncements upon any historical issues that are unrelated to the University a matter for individual academics in the relevant area [and not for the Canterbury Working Party].”

Notwithstanding honesty being the yardstick by which scholarly pursuits are measured at Canterbury University, new evidence has been found that was not in the Canterbury Working Party report suggesting Hayward was not entirely genuine. In November last year, Professor Dov Bing – who was honoured by the New Zealand Tertiary Education Union for his fight for freedom of speech and against Holocaust denial in New Zealand – uncovered an article Hayward published in the New Zealand Jewish Chronicle in February 1991. Hayward had drawn a picture of David Irving as a Nazi, with Hitler as his hero, and wrote:

Irving has bought the revisionist story hook, line, and sinker… Having read eleven of Irving’s books, if someone was to ask me now who was the most “gifted” modern historian, I would still say David Irving. If someone was to ask me, however, which historian I despised most, I would answer in the same manner: David Irving. His incredible talent is wasted on sustaining his intellectual pride and furthering his hatred of the Jewish people. May his future efforts be thwarted.”Joel Hayward 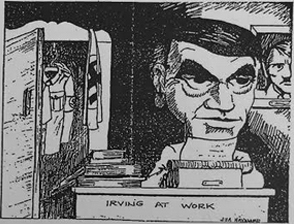 Hayward did not reference his own article in his thesis. This article also does not appear in the Canterbury Working Party report.

Furthermore, despite telling the Canterbury Working Party, in 2000, that “he has not researched or written anything about the Holocaust since submitting his MA thesis in January 1993“, Hayward wrote an article for the ‘German Armed Forces in a WWII Online Forum’ in 1998. The article was entitled ‘David Irving, the Third Reich and the Holocaust’. The next day, David Irving republished Hayward’s article on his ‘AR Action Report Online’ site. The article included:

Unlike many of Irving’s detractors, I have actually read his books. In fact, I have critically examined ALL [sic] his thirty-one books… I can’t find serious flaws in his methodology and I have never found a single example of deliberate falsification of evidence…Irving is a researcher, biographer and military historian of outstanding aptitude…”Joel Hayward 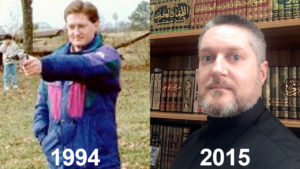 Bizarrely, Hayward was able to use his Masters degree from Canterbury as his stepping stone to a Doctoral qualification at the same University and in 1996 he joined the History Department of Massey University as a Lecturer in Defence and Strategic Studies. He has since become Chair of the Department of Humanities and Social Sciences at Khalifa University in Abu Dhabi, converted to Islam, and has reinvented himself as a Shaykh.

Denial is a captivating film that provides a window into the minds of both Holocaust denier and those who defend objective history and the memory of the murdered. It is a relevant assertion of the truth, portrayed as a legal drama that played out in real life and, shamefully, continues in fringe institutions and on the internet. The fact that racists continue to reference Irving, and his fellow travellers, is troublesome. That a New Zealand University still maintains academic defence of the indefensible is more cause for concern. It degrades New Zealand scholarship and it is beyond the pale.