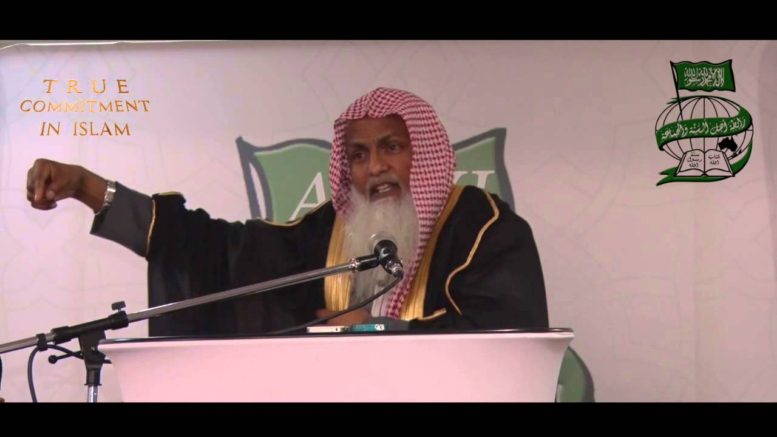 [UPDATED on 21 November, 2016, to include a statement from Dame Susan Devoy, New Zealand Race Relations Commissioner.]

A shocking video has surfaced containing excerpts of a number of Auckland sermons and lectures given by Shaykh Dr Mohammad Anwar Sahib between April 2014 and November 2016 in which he repeatedly uses appalling anti-Semitic slanders and libels and denigrates women. In one sermon, he calmly calls Jews “the enemy of Muslims” and claims that:

Of more concern is that Dr Sahib is the President of the At Taqwa Mosque in Manukau, Auckland (where the comments were made, and from where they were broadcast on YouTube) and is also (according to FIANZ and his CV) secretary of the Federation of Islamic Associations of New Zealand (FIANZ) Ulama Council and FIANZ Advisory Board. The FIANZ Ulama Council is responsible for religious affairs in the New Zealand Muslim community, including family counselling and dispute resolution. Dr Sahib also claims to be an adviser to the New Zealand government on Halal issues.

Like his views on Jews, Dr Sahib also shares views on women’s rights that are out of step with New Zealand values. In one sermon, he proclaims that:

Fiji-born Dr Sahib was trained in Saudi Arabia, receiving a PhD in Qur’anic Sciences and Islamic Studies from Madinah University. In 2013, as New Zealand’s only Salafi preacher at the time, he led prayers at an Australian conference, which had invited other like-minded speakers who spread anti-Semitic hatred such as:

Read history and you will understand that the Jews of yesterday are the evil fathers of the Jews of today, who are evil offspring, infidels… the scum of the human race whom Allah cursed and turned into apes and pigs… These are the Jews, an ongoing continuum of deceit, obstinacy, licentiousness, evil, and corruption…”Al-Azhar Sheikh Abdur-Rahman Al-Sudais

Shalom.Kiwi wonders how it is that an Auckland-based, Saudi-trained, Muslim religious leader has been continuously allowed by the Auckland Muslim community and FIANZ itself to maintain and repeatedly propagate to his congregation a collection of anti-Semitic and misogynistic slurs that are clearly out-of-step with contemporary, pluralistic New Zealand society. How widely held are these views in the New Zealand Muslim community and over how many Muslims does Dr Sahib have influence?

Such racist and damaging teachings are utterly unacceptable and should be condemned by the Muslim community and its leadership. The Human Rights Commission and the Minister for Ethnic Communities must also swiftly condemn Dr Sahib’s statements and demand that FIANZ take action lest they both get accused of double standards.The New Zealand Jewish Council has expressed concern about the video to Shalom.Kiwi. Co-president, Stephen Goodman said:

That a senior member of FIANZ, an organisation we have worked with over many years, is openly and repeatedly preaching such sentiments is deeply concerning. There is no place for this sort of hate-based rhetoric in New Zealand civil society.”Stephen Goodman

Shalom.Kiwi has requested comment from FIANZ and the Human Rights Commission. At the time of publication, no comments had been received.

UPDATE: On 21 November, the New Zealand Human Rights Commission released a statement condemning the “intolerant religious speech”. Dame Susan Devoy said “This kind of intolerance is not welcome here in any form: Prejudice against Jewish people has no place in New Zealand.”