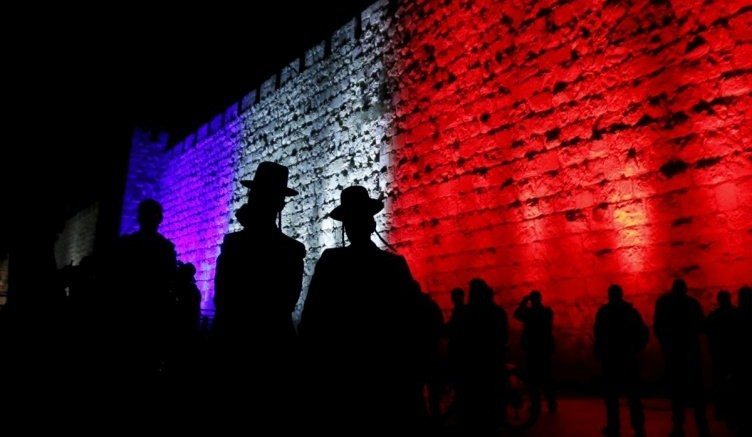 Does New Zealand have a double-standard policy on terror? While we wholeheartedly support the government’s condemnation of the recent attacks in Turkey and France, it is perplexing that the same condemnation has not been directed towards the multiple attacks perpetrated against innocent civilians in Israel in the past two months.

Silence on Palestinian terrorism is concerning enough, but we could not imagine that any Kiwi leader would say the 80 year old woman stabbed in Rishon Lezion, the old man run over and hacked at a bus stop in Jerusalem, or any of the other 360 (and counting) Israeli victims are anything other than innocent civilians. To say such a thing would be eerily similar to a period when the killing of Jews was deemed acceptable.

Despite the implications of making such a statement, a leader in New Zealand has stated that he will not condemn the attacks in Israel because “…it is not all that clear that Israelis are victims of terrorism in recent incidents…”. This suggests that he thinks Israelis are fair game, and those who murder and maim them in cold blood are acting legitimately.

This statement was authored by the Islamic Council of New Zealand, in response to a question as to why the Islamic Council was willing to condemn the terrorist attacks in Lebanon and France, but not also the ongoing terrorist attacks in Israel. This statement comes at a time when the Federation of Islamic Associations of New Zealand issued a joint statement with the New Zealand Human Rights Commission stating that “We stand alongside all innocent victims of terrorism in peace, solidarity and humanity”. The clear implication of  the response is that Israelis attacked by Palestinians are not considered innocent victims nor their attackers terrorists.

Perhaps the council was taking its lead from our Ministers who have been silent on the attacks against Jews in Israel as he also stated “…no one condoled [Israelis] for that, while French and [Lebanese] were clearly victims and the whole world sympathized with them.“ Does the failure of our leaders to publicly express sympathy for Israel’s terror attacks send signals that octogenarian Israelis are not clearly victims; would the statement have been different had we been in Britain, Germany, Canada, Australia, Jordan, or the USA where leaders did ‘condole’ Israel and condemn Palestinian terrorism?

Given that there are people in New Zealand (Auckland, Hastings, and Christchurch, predominantly) who share the ideology of Islamic State, it is deeply concerning to hear that the “moderate” Muslim leaders who engage with the Human Rights Commission do not think Israelis who are shot, stabbed, run over, or bombed are victims, nor their attackers terrorists. Do they think that Jews in New Zealand would be innocent victims if they were shot, stabbed, or bombed; do they think the attackers would be terrorists?

As Paris enters a state of emergency, imposing curfews not seen since 1961, Dame Susan Devoy has stated her commitment to stand alongside the Muslim community in New Zealand.  Although commendable, this is cold comfort to other victims of terrorism, whose plight has been ignored. Does it need to be said, that Israelis are people too? They are the brothers, sisters, cousins and friends of New Zealand Jews and non-Jews. When New Zealand ignores the plight of Israeli victims of terror, the message is sent that Jewish lives do not matter.

We should all rally together to ensure that New Zealand is a safe place for us all in these trying times. We should condemn terror wherever it occurs and be grateful for the freedoms that our forefathers fought for us to have.