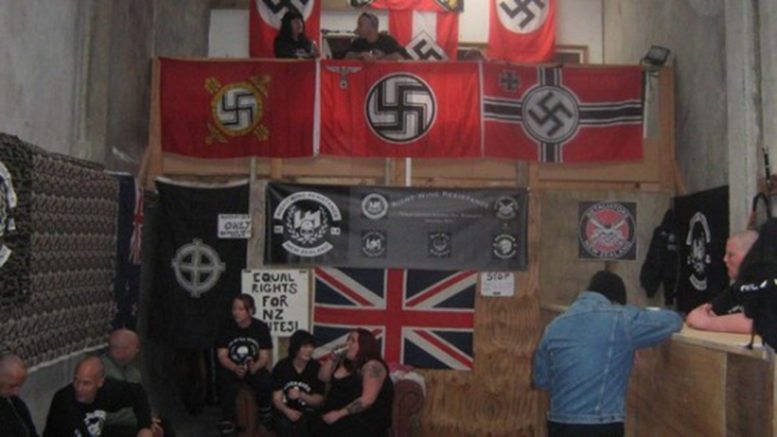 This month when I opened a copy of the Wairarapa Times Age, a New Zealander wearing a Neo Nazi uniform stared back at me.

I’ve been going to the annual Holocaust Memorial Services at Wellington’s Makara Cemetery since becoming Race Relations Commissioner. Over the years I’ve had the privilege of meeting some elderly New Zealanders who were just children when they were rescued from Hitler’s concentration camps.

Many arrived here after their entire whanau had been tortured and murdered. They are remarkable, quite unforgettable people to meet in person. They are also some of the bravest Kiwis I’ve ever met.

A few years back the children from Wellington’s Moriah Jewish School began collecting buttons – one button to represent every child who was murdered by Germany’s Third Reich. Buttons arrived at the school from all over the world, along with them stories of children. Some murdered, others left orphaned and some vanished. The students ended up collecting 1.5 million buttons – one button for every child murdered.

These are a few of the reasons why I will never think that it is OK for New Zealanders to wear Nazi styled uniforms as they march against child abuse. Why? Because people wearing Nazi uniforms murdered 1.5 million children. They did it on purpose and they would have kept murdering children if they had not been stopped.

I’m proud that New Zealanders went to fight against the Government that murdered those children, I know our own Kiwi veterans returned home with horrible stories of what they had seen in the concentration camps they liberated. They had seen humanity and humans at our worst.

When asked why they started the button project, one of the students from Moriah School told the reporter: We wanted to make sure the murdered children weren’t forgotten.

I totally support the marches against child abuse that will be taking place across the country but question the participation of those who’d use them as a public relations opportunity. Hitler was apparently a vegetarian and an animal lover but these aren’t what we remember him for. Some members of this organisation argue that they aren’t Neo Nazis but just White Pride activists: I don’t really care what they call themselves.

The reality is that their New Zealand leader has been convicted of fire-bombing a South Island marae. The person in Masterton who has been in the Times Age of late has vowed online that he will give his life for his white race. Some say we should ignore these kinds of extremists but sometimes we need to stand up publicly and say that their philosophy is Not OK.

As I looked back at the man in his Neo Nazi uniform I wondered if he’d ever had the guts to meet any of those brave old ladies I have met who survived the Holocaust. Unlike him they have seen a real Nazi uniform up close. Not just a dress up one.

This article was originally published by the New Zealand Human Rights Commission.