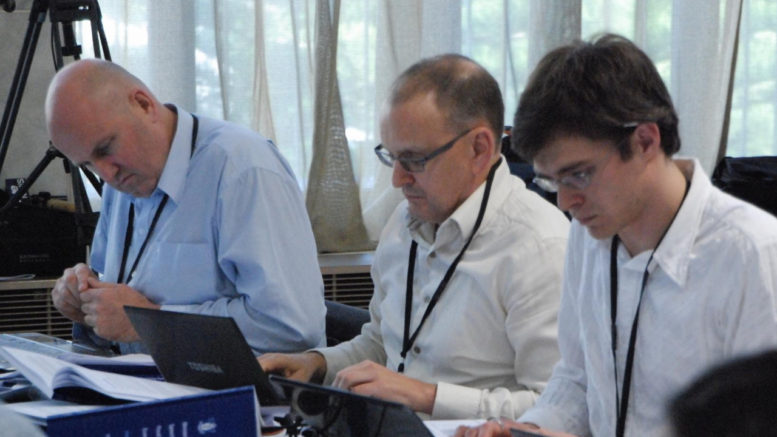 Fairfax journalist, Pattrick Smellie, claimed that Israeli Prime Minister, Benjamin Netanyahu, had declared war on NZ in a piece entitled “How Israel could wage ‘war’ on New Zealand”. Smellie’s false claim had previously been debunked by Fran O’Sullivan in the NZ Herald. Smellie’s article has since been partially edited in line with the facts. Evidently an unnamed diplomat reportedly told Israeli media that Netanyahu had told New Zealand Foreign Minister, Murray McCully, that

If you continue to promote this resolution from our point of view it will be a declaration of war. It will rupture the relations and there will be consequences. We’ll recall our ambassador to Jerusalem.”Benjamin Netanyahu

However, the Fairfax/Stuff story still reads as though Israel declared war on New Zealand for sponsoring and voting for the anti-Israel resolution at the United Nations. The misleading title remained unchanged.

Furthermore, the article posits an extreme and completely fabricated scenario of a possible cyber attack by Israel on New Zealand’s critical infrastructure. This claim is reckless and irresponsible and has no basis in fact. If it was intended to be satirical, it seems a lot of people missed the joke.

For at least 24 hours the uncorrected version was read by people via Facebook. This prompted an outpouring of anti-Semitic comments, which has made the Jewish community feel especially vulnerable. Once more, anti-Israel libels promote anti-Semitism.

Two Facebook pages, in particular, had the most vile comments from users: the official stuff.co.nz page and the Wake-Up-NZ page.

Wake Up NZ claims to be “a team of dedicated truth-seekers, committed to disseminating information that the mainstream media fails to bring you”. While stuff.co.nz removed some of the offensive comments after receiving at least one complaint, Wake Up NZ has said that “criticising Israel does not make us anti-Semitic.”

However, some of the comments on both sites have gone well beyond simple criticism of Israel, into hate speech. Below is only a sample of those comments, which include Mark Prescott writing “Finish what Adolf started and the world would be a much better place”, Danie Weir positing “The gas chamber myth has been totally debunked…”, Mark Anderson claiming “Jews have no morals … the jews were / are terrorists”, and Daniel Wood giving his opinion that “[The Nazis] Should of wiped them all off the planet 75 years ago and problem solved…”. 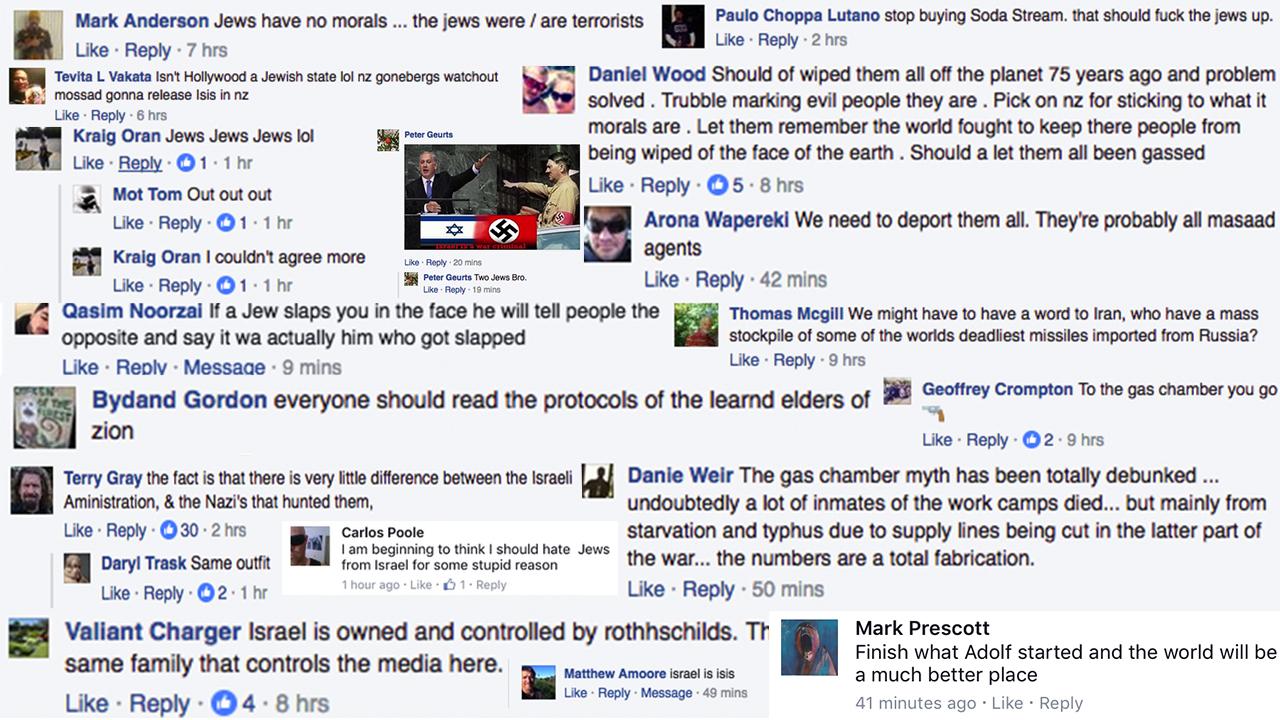 The Fairfax story might not have ‘almost started a nuclear war’, as the Christmas Eve fake story about Israel and Pakistan threatened to, but the comments on Facebook suggest it has given legitimacy and encouragement to New Zealand anti-Semites. This should serve as a warning to journalists that they should be careful to check sources, report accurately, and not make up fanciful and sensationalist fabrications.

Whenever Israel is unfairly treated, the Jewish community in New Zealand sees an increase in anti-Semitic incidents. Recently, the reporting of the UNSC resolution against Israel has led some commentators to write articles which are overtly or subtly anti-Semitic. There have also been a large number of vile anti-Semitic comments from Kiwis on social media. The New Zealand Jewish Council also condemns the graffiti attack against Murray McCully. While many in our community disagree with some actions taken by the Minister, offensive acts such as this should have no place in our society and are unacceptable to all New Zealanders, particularly to the Jewish Community, which has suffered from graffiti and other attacks in the past.”New Zealand Jewish Council

In 2016, Race Relations Commissioner, Dame Susan Devoy, spoke out against neo-Nazis in New Zealand and yet these online comments repeat classic anti-Semitism and Holocaust denial. She has also recently made comments about the “casual racism” of Sir Peter Leitch. The Human Rights Commission have not responded to Shalom.Kiwi for comment about the anti-Semitism but did send an email to an unknown list that read

Post the recent United Nations Security Council resolution, the Human Rights Commission has been made aware of increased anti-Semitic comments in New Zealand. We want to reassure our communities that anti-Semitism has no place in New Zealand. Please report any anti-Semitic comments to the respective media and social media organisations to remove such comments and share your stories at www.thatsus.co.nz”Human Rights Commission

In less than three weeks, New Zealand will commemorate the United Nations International Day of Commemoration in Memory of the Victims of the Holocaust. Comments like those on the false news story are a reminder of just how important such a day is. Hate starts with comments like this.