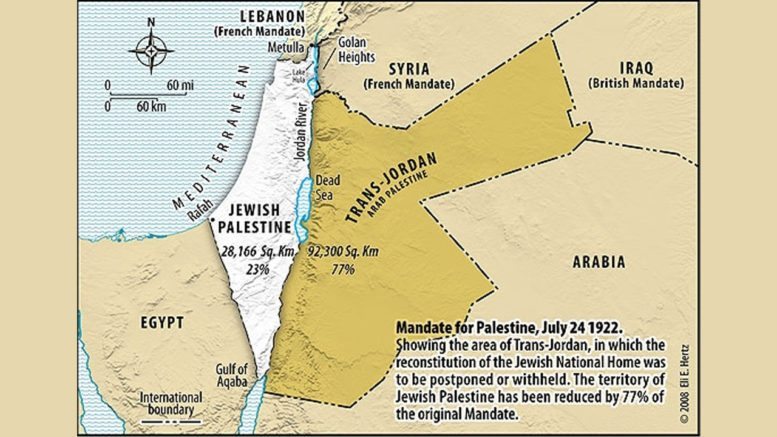 In this 4-part series, Professor Dov Bing examines the historic connections of Jews and Muslims to Israel and the more contemporary establishment of the State of Israel. Part 1 concerned the indigenous Jewish presence in the land. Part 2 examined the Arab connection to Israel/Palestine. Part 3 is about the more contemporary Zionism movement and the Balfour Declaration.

Zionism And The Balfour Declaration

Zionism is the national liberation movement of the Jewish people. It is a modern realisation of a 1900 year old dream to rebuild Israel after the destruction of the Second Temple. The Jewish people have continued to live in their country for more than 3,000 years. In the nineteenth century, the rise of religious and racist anti-Semitism led to a resurgence of pogroms in Russia and Eastern Europe, shattering promises of equality and tolerance. In 1897, Jewish leaders formally organised the Zionist movement, calling for the restoration of the Jewish indigenous national home. In 1917 Britain issued the Balfour Declaration favouring the establishment in Palestine of a national home for the Jewish people. At first, there was hope that Arabs would also accept it. Emir Faisal, son of the acknowledged leader of the Arabs, Sherif Hussein, signed an agreement with the Zionist leader, Dr Chaim Weizmann, during the 1919 Paris Peace Conference. The agreement looked to the fulfilment of the Balfour Declaration and also called for “all necessary measures…to encourage and stimulate immigration of Jews into Palestine…”[17] On 3 March Emir Faisal of Hedjaz (Saudi Arabia) wrote as follows to Felix Frankfurter, a US Supreme Court Judge and Zionist leader:

Faisal had conditioned his acceptance on the fulfilment of British wartime promises to the Arabs, who had hopes for independence in the vast part of the Ottoman Empire. But these hopes were temporarily dashed when the French took over the mandate for Syria, ejecting Faisal, who had been proclaimed King of Iraq. And, in a further effort to please the Arabs, Colonial Secretary Winston Churchill cut away four-fifths of Palestine, some 35,000 square miles, and created a brand new Arab entity, Transjordan (see map), installing Faisal’s brother Abdullah, as Emir. Britain administered Transjordan until 1946, when Independence was granted. This partition of Palestine was a blow to the Jewish people. The British simultaneously took over the League of Nations Mandate for the remainder of Palestine in 1922.