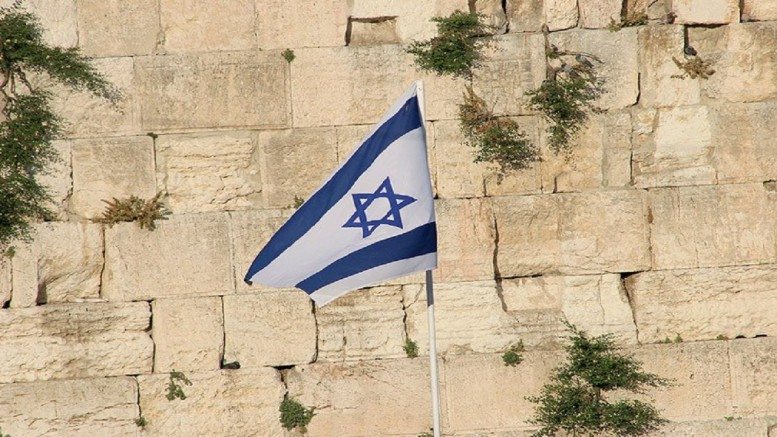 If I announced that, on walking into a party in New Zealand, I would quite likely get a worse reaction than if I declared that I am a P-addicted, ISIS sympathising prostitute. It’s not the kind of thing that one can state in polite company, at least without fear of a hostile reaction.

These days Zionism is a dirty word, a loaded term that carries political and emotional connotations. For many people, due to a deliberate campaign to make it so, the very concept of Zionism is synonymous with colonialism, fascism, racism, and possibly pretty much every crime against humanity you can think of.

Zionism is none of these things.

Zionism is the commitment to the right of an indigenous people to self-determination in their historic homeland. Those indigenous people are the ethno-religious group known as the Jews, and the land has been known variously amongst other things as Judea, Canaan, Zion, Syria (as part of the Ottoman Empire), British Mandate Palestine and Israel.

Zionism transcends left-wing and right-wing ideology, and race and religion.

The right to self-determination for all peoples is embodied in Article I of the Charter of the United Nations, as well as being a fundamental principle of international law. Israel is the first sovereign state of an indigenous people in the world, and should be celebrated as such.

I am a Zionist because I believe in the legitimacy, justice and inherent worth of a Jewish state in the land that is now known as Israel.

The Jewish people are the indigenous people in the land of Israel. You don’t need to believe in or rely on the bible to accept this fact. No credible historian, archeologist or geneticist disputes it. The Jewish people originated in that part of the Levant now known as Israel. Genetic studies of different Jewish groups show that Jews share a common genetic pool dating back 4,000 years, as a marker of their common ancestral origin. The first Kingdom of Israel was established  around the 11th century BCE (BC) and while there were interspersed brief periods of Jewish sovereignty, the land was subsequently ruled by a succession of foreign powers, including, from the 7th century CE (AD), Arabs who had recently adopted Islam. For thousands of years, Jews have maintained a physical, spiritual and religious connection to the land, and those in exile yearned to return home. There has never been another sovereign state in the land and Jews have never given up hope of again having sovereignty over it.

In 1947, the United Nations voted to turn the aspiration for a Jewish homeland into a reality.  Most states have been established, or their borders defined, through war, negotiation, or colonialism. New Zealand as we know it was established through a combination of those things. Israel, established under the auspices of the United Nations, has more legitimacy than most if not all other states.

As for Israel being a Jewish state, all Israeli citizens, which includes some 20% Arabs and a multitude of religions, have the same rights under the law. However, Jewish people have preferred status when it comes to immigration to Israel, and there are certain laws that preserve the Jewish character of the state. In comparison, in New Zealand, the indigenous Maori people have special recognition and status for certain things, and public holidays are observed on Christian festivals like Christmas and Easter, but not on Hindu or Muslim festivals.

Israel is a liberal democracy that operates according to the rule of law. It has a widely respected judiciary and a very vibrant media that both hold the government and individuals to account when they fall short, just as in New Zealand. Despite its huge challenges, Israel has prospered and made significant contributions to the realms of arts, medicine, science, technology and humanitarianism.

I am a Zionist because I believe in the need for a Jewish homeland. Jews have a history of persecution that, due to its length and severity, is tragically unique in the history of the world. The Spanish Inquisition, ghettos, pogroms, the Holocaust – Jews have been forcibly converted, culturally assimilated, enslaved, quarantined, expelled, falsely accused, assaulted and exterminated for as long as they have existed. Many people thought and hoped that after World War Two the world had rid itself of anti-Semitism for good, but time has proven that this was nothing but wishful thinking, with anti-Semitism now the highest it has been since that era.

I am a Zionist but that does not preclude me from being a proud and patriotic New Zealander. I have been blessed to grow up in a country where I have also been able to be a proud and unapologetic Jew and Zionist. These days, it is becoming more difficult to be so.  Israel is demonised and delegitimised in a way that no other country is. And ironically, it is exactly that antipathy towards Israel that makes me feel insecure and accentuates for me the need for a Jewish homeland. I need to know that there is a place for me in Israel should I no longer be welcome in my home country New Zealand, just as there has been for other Jews since Israel’s creation. Jews like Eastern European refugees displaced after the war, the hundreds of thousands forced out of their Arab homelands in retaliation for the creation of Israel, Russians set free in the 1980s, Ethiopians fleeing famine, and now French Jews who no longer feel safe with the rise of anti-semitic attacks, terrorism and Islamism in their country. Perhaps to you it sounds like I’m being overly-dramatic and paranoid. I hope you’re right, but I’d rather be that way than lulled into what with hindsight turns out to be misplaced optimism.

I am a Zionist but that doesn’t mean I think Israel is perfect. Of course it is not. Has it got an unblemished past?  No. Has it made mistakes? Yes.

The state of Israel, as with any other state,  embodies a nation of heterogeneous, evolving people with different interests, opinions, ideologies, motives, and needs. Just as with New Zealand, I don’t agree with everything Israel has done or does as a state and all its policies, nor do I condone everything every individual in that state does.

When Israel was attacked by its Arab neighbours on its establishment, some Arabs were displaced and lost their homes (some through choice, and some through coercion).  The Palestinians, numbering in their hundreds of thousands, were not generally welcomed, resettled and naturalised in any Arab states where they fled. Populations are routinely displaced when states are born and when their borders change. After Britain partitioned Pakistan from India in 1947, some 14 million people were displaced, as Muslims in India fled to Pakistan and Hindus in Pakistan fled to India. As hard a reality as it is for those living it, there is nothing unique about people becoming refugees due to territorial changes, but it is unique to perpetuate and indeed magnify the situation, while clinging to the vain hope – for almost 70 years – that those changes will be undone.

As a result of the 1967 war, when Israel’s neighbours sought to destroy it for a second time, Israel still controls parts of what is commonly known as the West Bank and has settlements there. Israel has proven that it is willing to make painful compromises, right from the founding of the state. Israel has traded land for peace, disbanded settlements, and made peace with some of its Arab neighbours before. When the Palestinians are ready to accept that Israel is here to stay, take accountability for themselves and also make compromises, they will get their state in the West Bank too. But even if Israel was guilty of everything it is accused of, which it most certainly is not, these things should not delegitimise Israel. Have you ever heard anyone argue that the brutal Chinese occupation of Tibet, now in its eighth decade, should mean that China should be dismantled? Or Turkey should cease to exist, because of its Armenian genocide, repression of Kurds, and occupation and ethnic cleansing of Northern Cyprus? No, because even though these crimes and injustices far exceed anything Israel has ever done, you only ever hear Israel’s right to exist questioned.

Israel is not some kind of failed experiment. It is neither an experiment, nor is it a failure. Recognising Israel’s past, its imperfections, mistakes, and challenges, does not mean Zionism is an inherently evil concept. It does not mean Israel should not exist as a Jewish homeland or should not be treated as an equal among nations. It is not a binary choice.

I am a proud Zionist. I celebrate Israel as the nation state of its indigenous people, the Jews, and its right to exist as such. And I will never apologise for doing so.