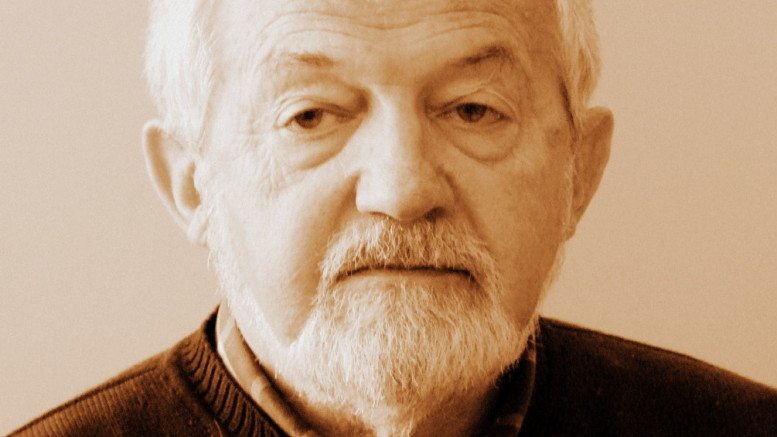 “There is a chronic, endemic antisemitism in academe and in the intellectual world of New Zealand,” wrote Professor Colin Tatz, founding director of Sydney’s Australian Institute for Holocaust and Genocide Studies, in 2007. Professor Tatz highlighted cases of holocaust denial when making that statement. Professor Dov Bing has been at the fore of fighting against holocaust denial in New Zealand tertiary institutes and was recently honoured for this important work.

The Tertiary Education Union presented a lifetime membership award to Professor Bing, recognising his forty-five years of service to the union, his outstanding contributions to higher education, and especially his defence of academic freedom in opposing holocaust denial and revisionism. After all, academic freedom means “conclusions [by academics] cannot be mere flights of imagination; they must be based on all available evidence and rigorous reasoning“.

A Holocaust survivor, born and raised in the Netherlands, Professor Bing earned his first degree from Hebrew University in Jerusalem and completed his doctorate at the University of Auckland. He is now a Professor at the University of Waikato and an expert in European integration and Middle Eastern politics (Al Qaeda, Islamic fundamentalism, and the Arab/Israeli conflict). He has also lectured on Holocaust denial at Yad VaShem and Bar Ilan University.

Professor Bing was an active branch member of the TEU and played a leading role in establishing equity-oriented programmes at the University of Waikato – including Maori Studies, Womens’ Studies, Labour Studies, and the School of Law. His office is always open and he has stood up for the rights of students and staff of all backgrounds. He has also been outspoken on important issues beyond the university; when the Algerian academic and Islamist parliamentarian, Ahmed Zaoui, was held in Paremoremo prison on trumped-up grounds, Professor Bing supported the campaign for him to be freed and granted refuge in this country. However, his fight to expose and expel holocaust deniers within academia has contributed most to his earning the TEU award.

The work began almost fifteen years ago when Canterbury University awarded high honours to a thesis which concluded that “the Nazis did not systematically exterminate Jews in gas chambers or have an extermination policy as such”. Soon afterwards, the University of Waikato approved an application from a German far-right activist and Holocaust-denier to undertake doctoral research that required him to interview German-speaking New Zealanders, many of whom were Holocaust survivors or their families.

Professor Bing led the opposition to this pair of outrages, resulting in formal reviews at both universities. Ultimately, Canterbury announced that its student’s thesis had reached “a perverse and unjustified conclusion”, while Waikato acknowledged that some of its staff and managers had ignored its own academic and ethics regulations. As a result of these events, universities around the country were obliged to tighten their scrutiny of and accountability for human-focussed research projects.

The decisions were not without backlash. Most virulent were the global network of Neo-Nazis and Holocaust-deniers. One of whom convinced senior university leadership to propose that because Professor Bing had “well known and longstanding views against neo-Nazi groups”, there had been a possible conflict of interest.

While the 2007 words of Professor Tatz are debatable, it is thanks to the work of Professor Bing that they are not overwhelmingly evident. Had those who wished to minimise or deny the holocaust at Canterbury or Waikato not been challenged, there may have been others emboldened to revise history.