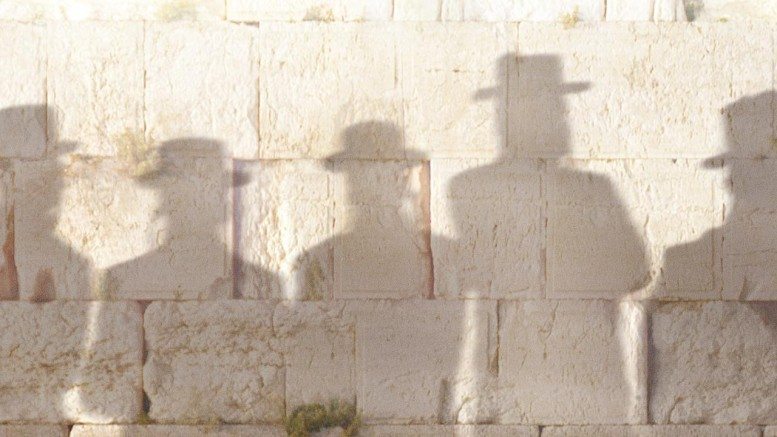 The late Israeli diplomat, Abba Eban, once said that, “if Algeria introduced a resolution [at the UN] declaring that the earth was flat and that Israel had flattened it, it would pass by a vote of 164 to 13 with 26 abstentions.” Yesterday, the United Nations Educational, Scientific and Cultural Organization (UNESCO) took another step toward realising Eban’s absurdity.

Shalom.Kiwi recently reported on the UNESCO executive board’s decision to formally adopt a resolution that effectively erases any historic connection between the Temple Mount and Jews or Christians. Now the World Heritage Council, another group within UNESCO, has just passed a similar resolution.

This current resolution was adopted by a vote of 10 to 2 with 8 abstentions in a secret ballot and despite outrage regarding the previous one, only a fortnight ago. The chair of UNESCO’s executive board apologised for the Oct 13 decision, saying “It’s very exceptional what happened yesterday, and I’m sorry for that”. The UNESCO Director General also expressed criticism of the adopted resolution saying:

Perhaps those words were part of the reason that Mexico formally changed their affirmative vote on the text to abstention “in recognition of the undeniable Jewish cultural heritage that is located in east Jerusalem”. Italian Prime Minister, Matteo Renzi, also took responsibility by apologising for Italy’s abstention in the first vote, calling the resolution “incomprehensible, unacceptable and wrong”. Showing leadership, he also used some powerful words that suggest powerful acts may follow, saying

We cannot continue with these motions aimed at attacking Israel. If there is to [be a] break out of European unity because of this, then so be it.”Matteo Renzi

Leaders from nations without voting rights on the UNESCO board also spoke out against the resolution, supporting the six nations that voted against its adoption – USA, UK, Germany, Netherlands, Lithuania and Estonia. Israel was the most outspoken, with Prime Minister Netanyahu comparing the decision to denying a connection between Egypt and the pyramids. The Czech Parliament voted to approve a statement in which it

rejects this resolution, which carries the spirit of hateful anti-Israel [sentiment], while also ignoring not only Jewish, but also Christian ties to the holy sites in Jerusalem.”Czech Parliament

Despite all those voices and others, including more than 75,000 individuals who signed a petition, the World Heritage Committee voted in another resolution yesterday. Israel’s ambassador to the United Nations, Danny Danon, condemned the decision saying.

The absurdity continues, and UNESCO has adopted yet another ridiculous decision that is completely disconnected from reality … UNESCO embarrassed itself by marching to the tune of the Palestinian pipers. All attempts to deny our heritage, distort history and disconnect the Jewish people from our capital and our homeland, are doomed to fail.”Danny Danon

Palestinians seem to be the only UN member or observer state showing public praise for the UNESCO resolutions (even if they drafted it and made threats should the votes not go their way). In a statement sent to Al Jazeera, the Palestinian Ministry of Foreign Affairs, Dr Riad Al-Malki, said the resolution reflected “the majority of member states commitment to confront [the Israeli] impunity and uphold the principles upon which the UNESCO was founded”. Izzat al-Risheq, spokesman for Hamas, said they also “commend the vote at the UNESCO that denied any historic claims between Jews and the Al-Aqsa Mosque and its Western Wall,”

However, this denial of archaeological evidence has the potential to undermine cultural coexistence and may embolden terrorists. UNESCO is committed to “Building peace in the minds of men and women” so they should understand the power of words.

By perpetuating a lie – that the Temple Mount is only connected to Islam – UNESCO is giving justification to those who attack with the cries of “Al Aqsa is in danger” and undeserved credibility to a group who lay claim to “a history that envelops more than one million years”.

Arab countries form a strong bloc within the UN. If there is to be a stand against such blatant lies more leaders must speak out and vote according to the values of the organisation, rather than partisan politics or unrelated trade deals.

There has been no statement by a New Zealand politician on either of the recent UNESCO votes. At the time of publication, New Zealand’s Minister of Foreign Affairs & Trade, Murray  McCully, had not responded to a request for comment.