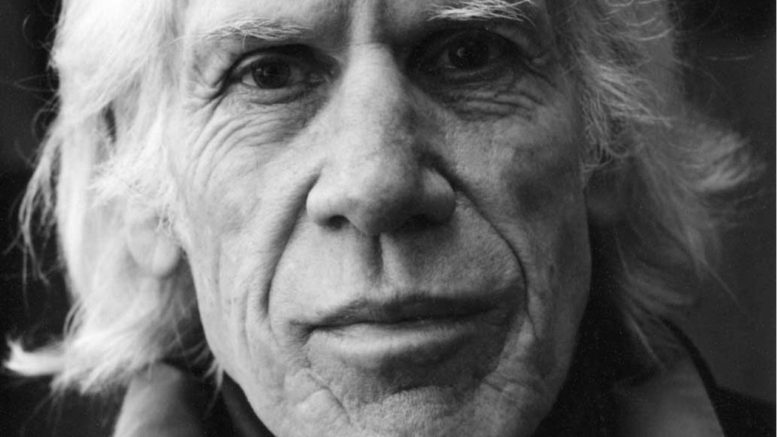 It seems somehow fitting that on November 14, the day much of New Zealand was shaken repeatedly by earthquakes, and the supermoon hung in the sky, news came that two of the country’s most creative and well-loved souls had slipped away. As they did so, the Jewish community lost two passionate advocates, and Israel lost two supporters who understood her meaning and her intense complexity.

Shalom.Kiwi has already shared an obituary about Marti Friedlander, the inspirational Jewish photographer. But we also wanted to pay tribute to the writer Sir James McNeish, who was a steadfast and vocal supporter of the Jewish community. Amazingly and perhaps eerily, he collaborated on a book with Marti, “Larks in a Paradise”, a selection of her portraits from around New Zealand, for which he wrote the text.

Sir James was a prolific novelist, playwright and biographer, whose work received critical acclaim in New Zealand and abroad. He was nominated for the Booker Prize, and among others things was awarded the National Library of New Zealand Reserach Fellowship and the Prime Minister’s Award for Literary Achievement in Non-Fiction. He was knighted in 2010.

One work of non-fiction was entitled “Belonging: Conversations in Israel”. Sir James interviewed 15 Israelis, new and old, including a Siberian exile, a Christian missionary, a Holocaust survivor who first alerted the world to the evil that was unfolding, an Entebbe survivor, and an Israeli Arab. The book gives a sense of the melting pot that is Israel, the remarkable stories and hardships of her people.

Sir James was not a man of indifference. He was humble and genteel, but he was a principled man, and he believed in acting on those principles. His next book “Breaking Ranks”, to be published in April, and for which he had only just finished the manuscript, is described as “the true story of three New Zealanders who defied convention and stood up for what they believed in”. He considered himself an outsider, and was intrigued by outsiders.

During the Gaza War in 2014, he became increasingly concerned about the rise of anti-Semitism in New Zealand in the guise of anti-Israel sentiment. He was puzzled by the over-simplification of the conflict, the insistence on blaming Israel, and Israel only, and the apparent exoneration of Hamas. He observed that the reporting, protests and Parliamentarians’ statements about the war, together with anti-Semitic defacings of John Key’s election hoardings at the time, manifested a new kind of vitriol in New Zealand. The silence that met this vitriol, including from the Prime Minister himself, disturbed Sir James. Reminded of Edmund Burke’s statement that “the only thing necessary for evil to to succeed is for good people to do nothing”, he felt compelled to voice his concerns, and wrote an open letter to the Attorney General, the Human Rights Commissioner and the Race Relations Conciliator.

When that was met with “an almost total silence”, he wrote a letter to the Listener in dismay. In that letter he noted that “the toxin of anti-Semitism existed in every Gentile, including me; that I carried the prejudice with me and did all I could to combat it”. Later that year, he spoke to Jewish youth at a conference about anti-Semitism in Wellington and continued to support the community in various ways.

Sir James, thank you for standing up for Jews and for Israel. We can only hope that, along with your illuminating words and your family, your legacy will be your principled courage that will inspire others to speak out and protest injustice when they see it. This is what Shalom.Kiwi will continue to strive to do.