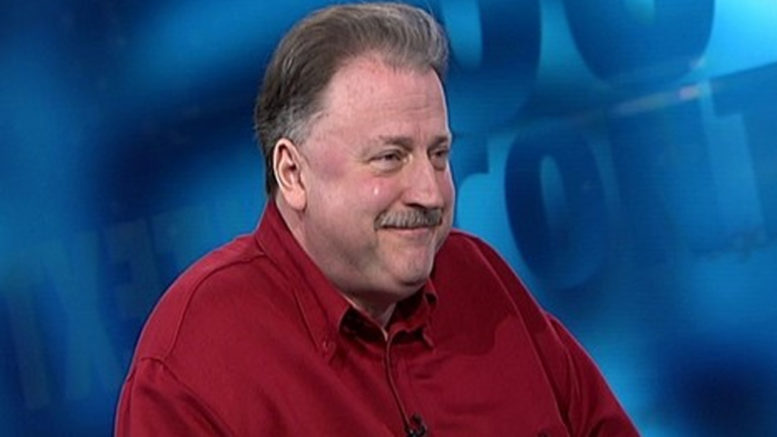 In one of the most polarizing trials in Israeli army history, 20 year old Sergeant Elor Azaria, who shot and killed a wounded Palestinian terrorist in Hebron, was found guilty of manslaughter. Three judges presiding over the military court ruled that he had violated the ‘Purity of Arms doctrine’ of the Israeli Defence Force. Chris Trotter, in an opinion piece, ‘Purity of Arms’, used this event to expound his views on the Israeli/Palestinian conflict.

Chris Trotter creates a sharp dichotomy between ‘Israel that was young, socialist, and determined to build a new and very different kind of society, the Israel of soldier-scholars; of kibbutzim, trade unions and co-operatives’ versus ‘the dark Zionism of Irgun and Lehi; the ruthless Zionism of Jabotinsky’. He concludes that ‘dark Zionism’ has ‘extinguished the idealism of Israel’s founders’.

This is a tale that ignores facts, details, complexities of war, and the context of a particular historical period. Chris Trotter cherry picks historical events to support his thesis.

The reality is far more complex.

In a narrative more fiction than fact, Chris Trotter implies that the Holocaust survivors who fought Nazis in the forests of Eastern Europe and witnessed the repatriation of peoples after the war, followed that example in the newly formed state of Israel. ‘These darker Zionists were determined to “repatriate” the Palestinian people by force and terror’. His recounting of the Deir Yassin massacre, the flight of Palestinians and the attack of Arab nations suggests a causal chain that is quite misleading.

The terrorist activities of Irgun and Lehi were never endorsed by the Jewish leadership and Jabotinsky’s views were not mainstream. According to historian Benny Morris, ‘the Deir Yassin Massacre was condemned by the “Jewish Agency, the Haganah command, and the Yishuv’s two chief rabbis, and the agency sent King Abdullah a letter condemning the atrocities and apologizing”. Massacres of Jews in those troubled days occurred many times in multiple locations, and in contrast were often prompted and celebrated by Arab leadership.

The Deir Yassin incident did in fact contribute to the phenomenon of the flight of some Arabs, but this was in part due to the actions of the Arab Media, who according to Morris, ‘continuously broadcast reports about the atrocities-usually with blood-curdling exaggerations’. The intention was to arouse their people to fight, but it had the opposite effect. Morris cites other reasons for Arabs leaving, such as the exhortations of the Arab Higher Command to leave so that Jews could be wiped out, and the demoralising effect of their own leaders’ cowardice.

Chris Trotter infantilizes the Arabs, creating the perception that they had no agency or choice, but were hapless victims of Jewish ‘colonialist aggression’. This is not the case.

Arab leaders had committed themselves to opposing the 1947 UN partition plan and their fiery rhetoric whipped up rage on the ‘Arab street’. Arab newspapers called for jihad and the annihilation of all Jews in Palestine. It should be noted that the Arabs did have options. Some villages chose to make peace with the Jews. (The Arabs who remained, and their descendants, now constitute 20% of modern Israel’s citizens.) Many fled to relatives in neighbouring countries from whence they had originated. (Indeed the later UN definition of a Palestinian refugee as one who had resided in Palestine from 1946-48 recognised the fact that many Arabs were new immigrants to the land.)

By the time statehood had been declared in May 1948, conditions in Jewish Jerusalem were dire. It had been under siege for months, and starvation was taking hold as Arabs destroyed convoys of supplies. The newborn state was then attacked by Syria, Egypt, Transjordan, and Iraq, along with contingents from other Arab countries.

For the Jewish people, this was a fight for survival.

Chris Trotter curiously acknowledged that the establishment of the state of Israel was ‘urgent and unavoidable’. Indeed, the culmination of centuries of persecution, the pogroms of East Europe and Russia and the anti-semitism in France in the 19th century, combined with the attempted annihilation of all of European Jewry by the Nazis, provided strong justification for the world to act. Further, at least 250,000 displaced Jewish Holocaust survivors still languished in displaced persons camps in Europe, in horrendous conditions. The world shut it doors. Immigration quotas to most countries, including New Zealand, were pitifully small. To add insult to injury, Britain turned away ships full of survivors from the shores of Haifa. Many were to perish as a result.

The Jewish people had every motivation and justification to fight for the re-establishment a Jewish state in their ancestral homeland.

Chris Trotter defines Zionism by the excesses of the early terrorist groups, acts that were condemned by the Jewish authorities. Zionism is simply the desire of Jewish people for a home in their ancestral land. The ancient connection with their homeland is undeniable and remarkably well attested historically and archaeologically. Further, there has always been a Jewish presence in the land, albeit at times small. Indeed Jews lived in the general Arab region for centuries until they were expelled following the establishment of the state of Israel in 1948. (This is the under-told story of the forgotten refugees; a similar number to that of Palestinian refugees; but these were all absorbed by the nascent state of Israel).

The false narrative that the conflict is about colonialist possession of territory, rather than Islamic-inspired rejectionism has done much to prolong the conflict. Israel has given up land for peace and made offers of peace that have been repeatedly rejected. The UN partition plan was not a perfect solution for either side, but the Jews were willing to compromise and the Arabs were not.

Most disturbing is Chris Trotter’s contempt towards an issue that cuts to the heart of every loving parent. For most young Israelis, military service is compulsory. They have little choice but to do their part to protect their people. Every parent knows the cost and sacrifice that may be asked of their offspring. The fact that they too have served their country in this way does not make it any easier to see their children put in harm’s way. To imply that Israeli society rejoices in the death of Palestinians is outrageous and a woeful misrepresentation of the situation.

Sergeant Elor Azaria was found guilty of manslaughter and of violating the ethical code of the Israeli Defence Force. By drawing a false moral equivalence between the terrorist acts of Irgun and Lehi and Israel’s current military, Chris Trotter perversely twists an incident that demonstrates Israel’s high ethical standards as evidence of its opposite. The fact that Israel was willing to bring proceedings against one its own sons should be admired, and yet it is presented as evidence of something sinister.

Further, the contrast between Israel, which seeks justice under the rule of law for the manslaughter of a Palestinian terrorist, and the Palestinians, who encourage and celebrate the murder of innocent Israeli citizens and revel in the deaths of their own children as martyrs, is stark indeed.

Chris Trotter’s ‘Purity of Arms’ makes for compelling rhetoric, but bad history. His dark reading of Israel’s dilemma leads to a rather disturbing moral inversion.