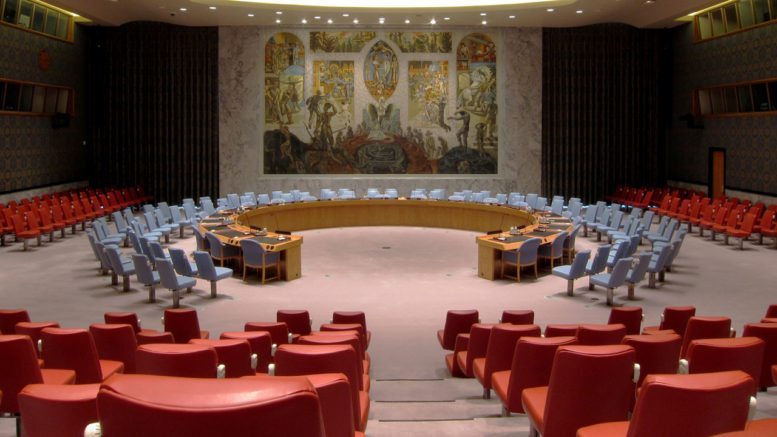 I am not sure it [resolution 2334] covers us [New Zealand] and the rest of the international community in glory.

The purpose is not to get any sort of resolution as an end in itself. It is whether the resolution actually increases the chances of negotiations towards a two-state outcome. This resolution, while it raises New Zealand’s profile, makes that more difficult.

I think it was a very one-sided resolution and I don’t think New Zealand should have supported it.”Robert Ayson

A long-standing foreign policy expert has cast doubt on the real worth of New Zealand’s initiative for peace in the Middle East.

A resolution condemning Israeli settlements in the Occupied Palestinian Territories passed 14 votes to none in the dying days of New Zealand’s two-year term on the United Nations Security Council.

It won a lot of praise at the time, but was more show than reality and might even make things worse, according to Robert Ayson, a professor of strategic studies at Victoria University.

He said he had concerns about Resolution 2334, which states Israeli settlements violate international law, imperil a widely-supported two-state solution and should be stopped immediately.

The resolution was sponsored by New Zealand and three other states after economically-vulnerable Egypt backed out.

New Zealand’s government has been praised for sticking to its guns, despite opposition from Israel and despite being in stark contrast with the views of the US Congress and a future Donald Trump presidency.

Foreign Minister Murray McCully was even praised for bravery by cartoonists.

But Prof Ayson argued that in bringing forward this resolution, New Zealand was not quite the golden boy of myth.

“I am not sure it [the resolution] covers us and the rest of the international community in glory,” he said.

“The purpose is not to get any sort of resolution as an end in itself. It is whether the resolution actually increases the chances of negotiations towards a two-state outcome.

“This resolution, while it raises New Zealand’s profile, makes that more difficult.”

Prof Ayson’s comments were in contrast with praise heaped on Mr McCully, from both friends and political opponents.

The academic said the resolution the minister pushed fell far short of what was actually needed.

“I think it was a very one-sided resolution and I don’t think New Zealand should have supported it,” he said.

“The Israeli settlements are a big part of the problem in terms of obstacles to a two-state outcome but they are not the only problem.

“I think this resolution was drafted in a way that clearly identified Israel as the problem and not just part of the problem.”

Prof Ayson said his views were based on the fact that the text of the resolution mentioned the Palestinian Authority, but aimed most of its detailed criticism at Israel and carried only implied criticism of Palestinian incitement.

He said earlier efforts to get a wider resolution did not succeed.

“In terms of the Middle Eastern peace process, I don’t think New Zealand will go down as a country that made peace more likely instead of less likely.”

However, a long standing rival of Prof Ayson took a very different view.

Robert Patman is a professor of politics at Otago University and thought New Zealand did the right thing in pushing the resolution.

“All parties agree on the idea of a two-state solution, but there has been a sense, particularly with [Prime Minister Benjamin] Netanyahu’s leadership in Israel, that he is only paying lip service to that,” Prof Patman said.

“The settlements have gone on relentlessly, fuelling generations of hatred, and making the possibility of a two-state solution ever more distant.”

Prof Patman said the issue had been going on since 1967 and continued to fester.

“This resolution is certainly divisive, but this is a problem that needs urgent international action.”