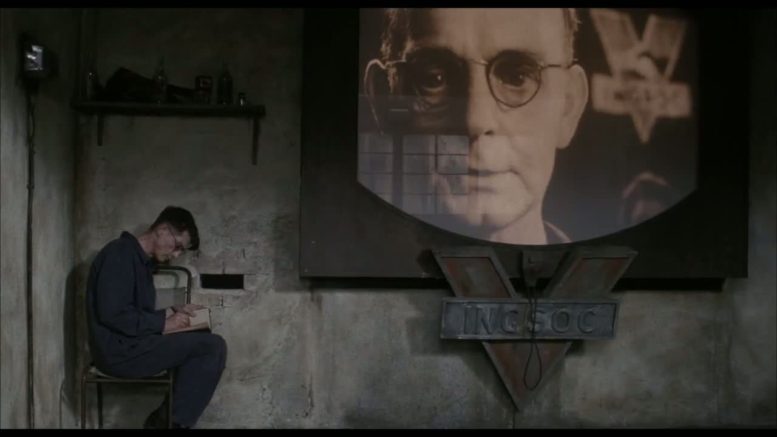 There’s an old joke about a Jewish Robinson Crusoe who, when washed ashore on a desert island, built two synagogues just so he could have one that “he never sets foot in“. This sense of disagreement is a fundamental part of Judaism; the Talmud is essentially a collection of arguments – disagreements – between Rabbis. Such debate is a cornerstone of modern democratic society as much as it was (and still is) a cornerstone of rabbinical scholarship and Judaic law.

Any debate requires freedom of expression. While civilised countries, New Zealand included, don’t permit incitement to violence, they have differing laws around hate speech. Hate speech does not have any one fixed definition, but is generally accepted to be the expression of hatred or bigotry targeting a section of the public distinguished by race, ethnicity, religion, gender, sexuality or other attributes.

In Germany, there has been some recent tension between free expression and prohibiting hate speech – last year debate raged about whether or not to allow publication of Mein Kampf.

Despite the potential for the tome to fuel the flames of anti-Semitism and reopen wounds from World War II, the decision was made to publish Adolf Hitler’s manifesto. However, his words were annotated so that the publication, according to the director of the Institute for Contemporary History, “exposes the false information spread by Hitler, his downright lies and his many half-truths“. As tough a read as it is, Mein Kampf allows us inside the mind of an extremist and can teach us about where extremism comes from. This is valuable information in the fight against all reactionary ideas and removing this valuable source would arguably make our fight even harder.

George Orwell’s short review of Mein Kampf was able to identify the martyrdom complex on the far Right. This same sense of victimhood, of having the establishment drive ideas underground, increases their allure and signals to potential followers that the censors must have had something genuine to fear. In the world of the conspiracy theorist, the suppression of their ideas by the mainstream becomes an affirmation of their validity. This is the risk we take when we ban anything. The ideas don’t go away. They are driven underground, thriving precisely because they are no longer regularly challenged.

The fascination that surrounds the taboo is reason to shine sunlight on the ideas underlying it rather than push it into the shadows to fester. That Hitler’s book became a best-seller when the ban was lifted speaks to the intrigue that had built up over the past 70 years of it being unavailable. And, as Prohibition attests, making something legally unavailable doesn’t mean the “problem” vanishes from the world. The thought that making hate speech illegal in the internet era will help cure bigotry is simply wishful thinking.

The argument for prohibition on some hate speech posits that such speech can go beyond merely offending the target group and that members of the group can suffer detrimental effects such as self-abasement, a lack of group pride and dissociation from the group. Such speech undermines the democratic values that all people should be treated with equal dignity and respect, and live free from fear of persecution and discrimination. In other words, it can be argued that hate speech subverts our democratic values, and therefore prohibiting it enhances and promotes those values.

Therefore, the law around these issues must strike a difficult balance between allowing expression and defending the rights of groups not to be persecuted. The current laws in New Zealand require either that words are defamatory; or “threatening, abusive, or insulting” and “likely to excite hostility against or bring into contempt” a group of people; or “excite hostility or ill-will against, or bring into contempt or ridicule, any group of persons”. This is a lower threshold than in many jurisdictions, but a court must always read the law consistently with freedom of expression as affirmed in the Bill of Rights Act 1990. Most of the recent anti-Semitic facebook comments would probably not be impugned by a court.

In a free society the best path is to educate, debate and expose, rather than censor, the hateful work, in the hope that truth and rationality will prevail in the marketplace of ideas. Just like David Irving can be shown up to be a fabricator of the truth instead of becoming a martyr for his cause, we should be using intellect to take on the haters and liars rather than shutting down their expression. The marketplace of ideas can fail and can do so catastrophically, of course, but that is almost always the case when censorship prevents a free exchange of ideas.

In other words, to be an effective market-place all views and ideas must be available for evaluation. Censorship was a core activity of the National Socialist Party led by Hitler and has been the modus operandi of fascist (and authoritarian) regimes the world over. It is at the foundation of all tyrannies. Of course it could be credibly argued that those regimes flourished by propagating pernicious views and lies about minorities and other matters, and suppressing the truth, but once we start relying on state machinery to determine what is the truth and legitimate speech and what is not, we are in dangerous territory.

In most liberal societies those who deny the Holocaust happened are able to voice their opinions, in the same way as those who still claim to know that 9-11 was an inside job, and usually such views are proffered with malicious intent. However, who decides where the lines are drawn with regard to what is deserving of censorship and what is legitimate free speech? It is easy to imagine leaders of democratic nations who, if they held and exercised the power to suppress expression, would prevent very different types of speech and disagree on what is or is not “acceptable”. Would we want any New Zealand leader to be making such value judgements about what speech is worthy of protection? As ACT Party leader, David Seymour, said:

Those things [defamation and incitement] are already illegal. Anything further is actually censorship and we should be just as worried about the state starting to decide what is acceptable to say, as we should be about people saying nasty things.”David Seymour

We want individuals to be able to develop their own capacity to reason and discover the truth, not have it dictated to them.

Dame Susan Devoy used her address at the Wellington Holocaust Remembrance Day event to argue for increased powers to censor and prosecute people for hate speech. This is a worrying development. As terrible, counter-factual, and depraved as some people are online – and even in person – we should not seek to shut them up. It is better for hateful ideas to be exposed so they can be addressed and that the haters are allowed to put forward their ideas, than we all live in fear of saying something (within reasonable limits) that the government of the day might deem illegitimate.

There might, however, be an issue with how the current laws are enforced. Consider, for example the case of the Wellington man who was swiftly sentenced for “offensive behaviour and using threatening language” after he yelled “Islam c***s” at two young men on a bus and told them to “go back to your own country”. That is in stark contrast to the man who, on Queen St in Auckland, shouted “Bash the Jews. Cut their heads off. Cut their f****** heads off.” without any challenge or repercussion.

Not only would outlawing non-violent or non-threatening offensive or racist comments be authoritarian and leave wide open the interpretation of what is unworthy or illegitimate speech, but it would also be a Sisyphean task to shut down websites or remove every offensive comment on social media.

However, some form of self-censorship is appropriate. If a media outlet wishes to be seen as respectable, for example, it should should not give precious column space to the contemptible or conspiracy theorist – like Malcolm Eves in the Hawkes Bay Today. Or, at least, the editors could supplement the rancor or fancy with a healthy dose of annotations and explanations.

Journalistic standards should ensure that the most malicious and subversive ideas and views are kept out of mainstream media just as academic standards, for the most part, ensure degrees are not awarded to complete frauds. So too should social media platforms self-regulate and ensure that transparent policies are applied consistently. Community groups generally self-police. For example Sheykh Anwar Sahib was stripped of his FIANZ affiliation for preaching misogyny and anti-Semitism. The Saudi-trained imam cannot be silenced completely – he lives in a free country and we should keep it that way – but the community took steps to distance itself from his preaching.

Dame Susan is right, however, to point out the absence of government ministers who speak out against the hate and challenge the lies. More voices need to be heard in the face of rising hatred and hateful rhetoric from those in leadership positions.

Let’s have the debates, in the best of Jewish traditions, rather than looking to solutions that have a natural fit in the worst traditions of totalitarians.