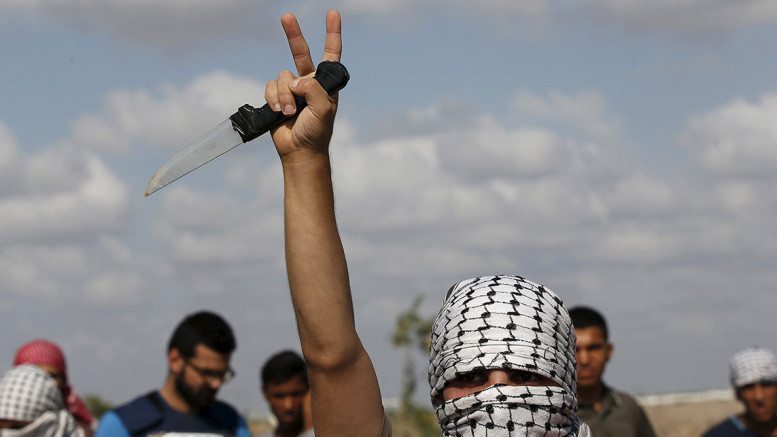 President of the Federation of Islamic Associations of New Zealand (FIANZ), Hazim Arafeh, issued a press release in which he said the representative body of New Zealand Muslims “strongly condemns the indiscriminate and disproportionate Israeli aggressions…” and “is deeply concerned at this deplorable act by Israel and calls upon the New Zealand government and all world leaders to censure Israel…”.

What is Israel’s “deplorable act” that is worthy of such outrage and censure? According to FIANZ, it is implementing “security measures which includes [sic] metal detectors and turnstiles”, similar to those all over Israel and around the world, at the Temple Mount compound immediately after a terror attack and the discovery of numerous weapons stored at the site.

Terrorists smuggled weapons into the Temple Mount compound and used the site as a base to carry out their attack. The use of Islam’s third holiest site (and Judaism’s most holy site) as a weapons cache and a terror base, though, does not seem to upset FIANZ; only attempts to prevent future attempts to use the site as such.

FIANZ also found no room to condemn the murder of two Israeli Druze policemen – who were protecting the Temple Mount compound – that preceded the security measures. In fact, they explicitly call for the removal of routine security measures that might prevent further murderous attacks.

Neither has FIANZ been outspoken against increased security measures at Islam’s holiest site – the Ka’aba Mosque in Mecca – or steps taken at other mosques to protect Muslims. FIANZ seems only “deeply concerned” when the Israeli government installs such measures are taken to protect its citizens and tourists. How can such selective outrage encourage peace?

FIANZ has been vocal against terror attacks in London, Egypt, Manchester, Jakarta, Canada, and in France and Lebanon, “stand[ing] alongside all innocent victims of terrorism in peace, solidarity and humanity” – the latter release was also issued jointly with the New Zealand Human Rights Commission.

FIANZ, however, was slow to censure a New Zealand Sheikh, Anwar Sahib, for his antisemitic and misogynistic comments last year and FIANZ have never once expressed any condemnation of attacks against Israelis – not even the most recent slaughter of a grandfather and his two children at a shabbat dinner.

This lack of condemnation or concern from FIANZ is, regrettably, consistent with the Islamic Council of New Zealand, which said “…it is not all that clear that Israelis are victims of terrorism in recent incidents…” during the 2015 spate of attacks that included an 80 year old woman being stabbed in Rishon Lezion and an old man run over and hacked at a bus stop in Jerusalem.

It is troubling that the two largest organisations representing Muslims in New Zealand cannot bring themselves to condemn the murder of Israelis but FIANZ is quick to condemn measures designed to prevent further attacks that protect Muslims as much as anyone else. Worldwide of course, given the carnage in Syria, Iraq, Yemen and elsewhere, more Muslims fall prey to suicide bombing and other forms of terrorism than anyone else.

There is no sense, logic or humanity in the call to remove common security measures, while whitewashing the murderous attack that made them necessary. The Orwellian twisting of events on the Temple Mount in the past couple of weeks highlights the irrationality of ideologically driven hatred. These are not the values of fair minded New Zealanders.