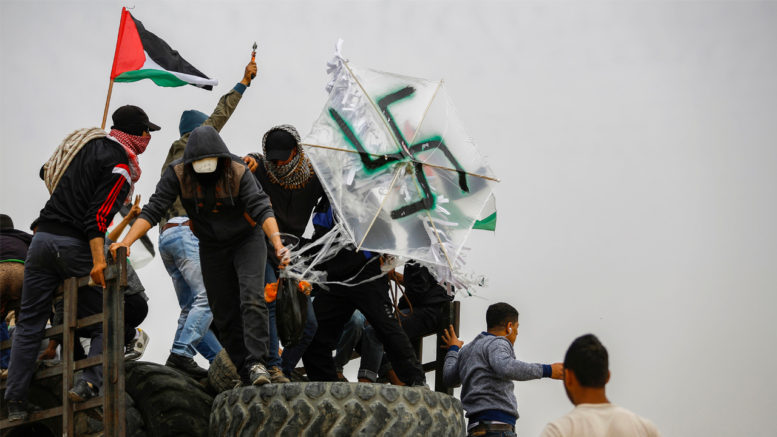 Donna Miles-Mojab wrote that the language used about Palestinians is putting their lives at risk.

I agree that the language used by most mainstream media to report and analyse the events in Gaza is shameful and it does risk Palestinian lives.

However, we disagree about why.

Young Gazans are born into a society ruled by Hamas, a terror organisation that does not allow elections, executes homosexuals and political dissidents, restricts the press, misuses significant financial and material aid for terror, glorifies terrorists and martyrdom, and teaches that Israel has no right to exist.

Those who truly support the Palestinian people and want to see their youth have a chance of developing into peace-loving leaders would condemn Hamas rather than singling out Israel for sole condemnation.

Those who fail to condemn Hamas, or the mistreatment of Palestinian people in other Islamic regimes like Syria and Lebanon, appear less interested in Palestinians’ aspirations or humanity, and more focussed on exploiting their plight as a political weapon against Israel.

Hamas orchestrated the weeks of riots on the Gaza border with Israel. It paid for buses of people, encouraged families to attend, and offered cash for those wounded.

The explicit aim of the riots was to “take down the border (with Israel) and … tear out their hearts from their bodies“. That is why Hamas encouraged ‘protesters’ to bring knives and guns, which are clearly visible in videos now circulating on the internet, along with groups chanting “Kill the Jews” and swastikas paraded by Palestinians.

Yet much, if not all, of this vital context has not found its way into our mainstream news.

While Miles-Mojab can casually dismiss attempts to breach the border, those with security and military expertise believed a mass border breach to be a real risk, with potentially disastrous consequences. Reports from military experts with access to the area show the Israeli Defence Forces only resorted to live ammunition when other, non-lethal, means had proven ineffective in dispersing crowds.

Approximately 40,000 people attended the recent riots and Hamas has acknowledged that at least 50 of the 62 ‘martyrs’ were Hamas members, while three others were from Islamic Jihad.

Despite rioters setting alight gas pipelines that supply Gaza and razing parts of the main crossing, where thousands of truckloads of goods move from Israel to Gaza each week, Israel has continued to supply the people of Gaza with those goods.

Commentary that goes along the lines of “Palestinians died, Israelis didn’t; Palestinians innocent, Israelis evil” is facile and morally bankrupt.

Hamas is backed by Iran and has a genocidal charter that calls for the destruction of Israel. It practises terrorism and guerrilla warfare (its soldiers do not wear uniform when in combat so that they cannot be differentiated from civilians), including firing missiles and building terror tunnels – activities that haven’t abated despite money being sorely needed elsewhere on the Strip.

Hamas’ strategy of sacrificing their own people for international point scoring is facilitated when our media doesn’t make use of the readily available admissions of culpability from Hamas or its desire to use the bodies of its women and children ‘martyrs’ to demonise Israel; and when media report terrorists as ‘unarmed civilians’, violent riots as ‘peaceful protests’, and suggest Israel is committing a ‘massacre’. This language ensures the future deaths of Palestinians whenever Hamas finds itself under political pressure.

It is a tragedy any innocent people were harmed or killed, especially as Israel warned both the international community and Gazans of the risks that Hamas’ plans entailed. Had Hamas chosen to keep civilians away or if there were actually peaceful protests, there would have been no deaths.

Continuing the story-telling that relieves Hamas of responsibility infantilises and appeases it, and incentivises it to keep acting in the same way, risking Palestinian lives.