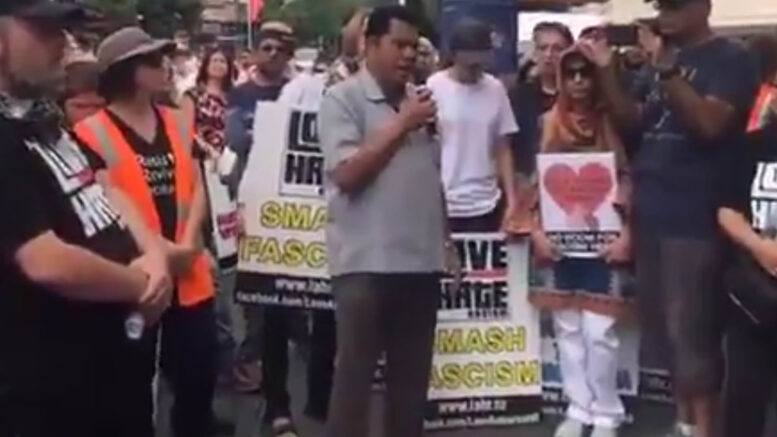 For New Zealand, a country used to the protection accorded by its isolated position at the bottom of the Pacific, the Christchurch mosque attacks in March were unprecedented. Previously untouched by the type of terrorism unleashed on many other places in recent years, the nation was left reeling, horrified and in shock.

In the days and weeks following the massacre at the Al Noor Mosque and Linwood Islamic Centre, which left 50 people dead and over 45 seriously injured, New Zealanders widely came together in unity. There was an outpouring of grief and compassion for the victims and for the Muslim community. Prime Minister Jacinda Ardern earned praise globally for the empathetic, kind and principled way she responded to the tragedy.

But, in the midst of all this, there were some discordant notes. Quite a number of political commentators and activists seized the opportunity to push their own particular agendas. And, as is so often the case, antisemitism reared its head.

Just one week after the Christchurch attacks, at an Auckland anti-racism rally one of the speakers – Ahmed Bhamji, chair of an Auckland mosque – said “I stand here and I say I have a very, very strong suspicion that there’s some group behind [the shooter], and I am not afraid to say I feel Mossad is behind this.” He then went on to accuse “Zionist business houses” of funding the attack.

There were over 1,000 people in attendance yet no-one publicly challenged this assertion, while at least one attendee loudly voiced their support for the claim. To this date, no one involved in the organisation of the event has repudiated the comments, despite requests from the Jewish community.

However, many representatives of the Muslim community were quick to distance themselves from Bhamji’s comments.

Dr Mustafa Farouk, the president of the Federation of Islamic Associations of New Zealand released a statement saying Bhamji’s comments do not represent the views of New Zealand’s Muslims. “At a time of national mourning when calm and patience is required our focus is on healing and sustaining the spirit of Aroha [a Maori word meaning “love”] which has been evident nationwide.”

For the Jewish community, the incident itself was profoundly disturbing. Zionist Federation president Rob Berg says the unfounded and dangerous hate remarks were deeply distressing to the community.

“Not only do these accusations have no substance to them, but they are based on hatred and risk inciting physical harm to the New Zealand Israeli ex-pat and Jewish community. The remarks use the same analogies and accusations as many antisemitic tropes and are therefore extremely worrying and offensive. Hate speech has no place in New Zealand no matter who it is against.”

NZ Jewish Council spokesperson Juliet Moses agreed. She says that propagating baseless antisemitic conspiracy theories is scurrilous at the best of times but, at a time when our community has heightened security concerns and there is intense emotion in the country as a whole, it is dangerous.

“The Human Rights Commission has denounced the incident and Muslim groups, mosques and individuals did so too. I know that many of them felt deeply ashamed that this man was purporting to speak for them.”

However, what adds to the community’s concerns around the incident is the lack of official response from politicians across the board.

For Berg, it is disappointing and troubling that no government official from the Prime Minister down has found it necessary to condemn or call out the hate speech against the Jewish community. “We know the Prime Minister’s Office is aware of the incident, which makes this even more difficult to understand why hate speech against the Jewish community seems to be okay in New Zealand.”

Moses says they wrote to Ardern asking her to speak out against the incident, in line with her speeches asking New Zealanders to speak up against hatred and racism. “To date, we have had nothing but an automated reply acknowledging receipt. She did reply to an individual, saying it was a matter for the Minister of Ethnic Communities.”

This state of affairs has left many in the Jewish community asking why at a time when racism is being broadly condemned politically, antisemitism is not. Moses says the charitable explanation is that politicians have all been preoccupied with the March 15 atrocity and their focus is exclusively on anti-Muslim bigotry.

But the New Zealand Government has a history of strange, or conflicted, behaviour towards the Jewish community. One example is then Prime Minister Bill English’s visit to the Auckland Hebrew Congregation in 2017, which the media was not allowed to report on.

Furthermore, in the wake of the devastating Christchurch earthquake in 2011, it was widely reported that the intelligence service was investigating the “suspicious behaviour” of several young Israeli tourists, one of whom was killed. Speculation about “Israeli spies” ran rampant for some time before officials responded authoritatively.

Revisiting these events at such a time as this raises more questions than it does answers. More than that, it highlights that antisemitism is always lurking in the shadows, even at times of ostensible national unity and shared grief.