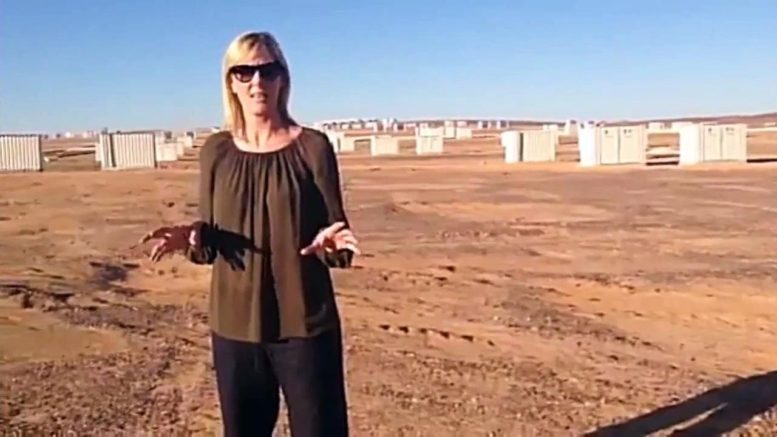 Rachel Smalley is a New Zealand journalist and broadcaster who presents a regular morning radio show on Newstalk ZB and writes for the NZ Herald. In 2014 a complaint against her was upheld by the Broadcasting Standards Authority over an opinion piece about the Israel/Gaza conflict that contained substantive inaccuracies.

Apparently wounded by the censure she received in 2014, she has used the Naz Shah anti-Semitism scandal in the UK to illustrate what she sees as a wider problem of the censorship of criticism of Israel, in an opinion piece titled “Is Israel above criticism?”.

As she puts it:

Why is it that a criticism of Israel is so often viewed as a criticism of the Jewish faith? You can criticise any government in the world, any regime, and state, and it goes unnoticed – except Israel. You cannot criticise Israel without being attacked for it.”Rachel Smalley

It’s a common complaint, that you can’t criticise Israel for fear of being labelled anti-Semitic. Except that it’s just not true. There is plenty of criticism of Israel, from Israeli citizens and people around the world. Much of the criticism is legitimate and necessary for a flourishing democracy. As a journalist who has been censured by the Broadcasting Standards Authority, Smalley should understand there is a line between what is legitimate and honest and what is not.

It seems Smalley is confused. The example Smalley produced – of outrage provoked by a Facebook post shared by UK Labour MP Naz Shah advocating the deportation of Jews from Israel to America along with the words “problem solved” – was not mere criticism of Israel, it was pure anti-Semitism. How else to describe the expressed desire to ethnically cleanse the Middle East of Jews? Not only was it uncomfortably reminiscent of other “solutions” to the “Jewish question”, it also denied the ancient and enduring connection of the Jewish People to the land of Israel. Jewish peoplehood, as opposed to the misconceived idea of Jews as a faith group only, is a concept apparently unknown to Rachel Smalley.

Naz Shah’s post has been almost universally condemned as anti-Semitic, as even she herself acknowledged it was when she made her apology. Her anti-Semitic Facebook post was not an isolated incident either: other anti-Semitic statements by her have also been revealed, including a Facebook post where she urged her friends to vote in a poll because “the Jews are rallying”. Seen in the context of the now widely acknowledged and growing problem of anti-Semitism in the UK Labour Party since the election of Jeremy Corbyn as Leader of the Opposition, Smalley is not only misguided in her defence, but also ignores the bigger picture.

It is clear that Smalley still feels aggrieved by the “abuse” she says she received over her 2014 opinion piece, which attracted much criticism for its vitriol, wild inaccuracies, and lack of balance or any context. Smalley exaggerated, for example, the number of Palestinian casualties in a Gaza incident by 17,000%; an inaccuracy that led to censure by the BSA. She also maligned Israel by falsely accusing it of targeting civilians, when in fact it went to extraordinary lengths to avoid civilian deaths. Entirely ignoring any contribution to the conflict by terror organisation Hamas, Smalley failed to mention Hamas’s own practice of targeting civilians, its modus operandi of storing and firing rockets from schools and hospitals (thereby using civilians as human shields), and the very pertinent point that a significant number of Hamas’s own rockets in fact fell short, landing in Gaza and causing numerous casualties. As Smalley herself admitted at that time “I can’t report the situation in Gaza with balance anymore”. She has clearly not used the intervening two years to acquire information to offer more balanced comment.

Since the reaction to her 2014 eruption of vitriol, Smalley appears not to have reflected on the reasons for the criticism, nor has she made any attempt to correct those mistakes. Instead she deflects the blame on to those who complained. Does Rachel Smalley just think that she is above criticism?

Smalley’s claim that Israel can never be criticised leads one to question: has Smalley ever in the last 20 years opened a newspaper, listened to the radio, or watched television? No country is more criticised than Israel, especially at the UN where more resolutions are passed by theocracies, dictatorships, and Islamic protectorates against Israel than the rest of the world combined. Despite this, Israel maintains a vibrant and liberal democracy that rivals New Zealand in freedoms and tolerance in a part of the world that is mostly under dictatorial theocratic rule.

Israel is not above criticism. Criticism of the government’s policies and actions is at times justified and claims of anti-Semitism should not be made to simply deflect such criticism. Conversely, Smalley’s implied accusation – that Jews try to suppress all criticism of Israel by labelling such criticism as anti-Semitic – is simply not backed up by evidence and is an often-applied smokescreen to mask true anti-Semitism – and in this case, to defend shoddy journalism.

Had Ms Smalley’s critique been informed, contextualised, accurate and measured, rather than vitriolic, hateful and factually incorrect, perhaps she could have avoided attracting the criticism that has so clearly hit a raw nerve.