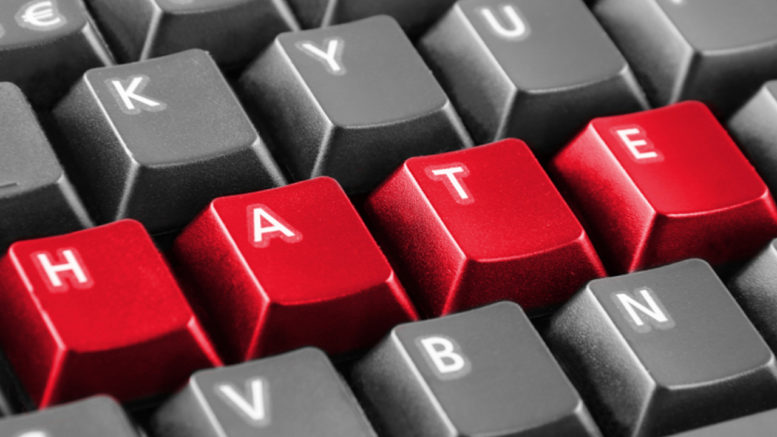 Almost three quarters of a century since Auschwitz was liberated (the 72nd anniversary is January 27), there are still those who either deny the Holocaust happened or wish for another one.

Such sentiments are brought to the fore and amplified whenever there is controversy surrounding Israel.

The recent United Nations Security Council resolution that New Zealand co-sponsored is the most recent example.

Whatever you think of Israeli policies and whether you think taking them to the UNSC was the right thing to do or not, coverage of resolution 2334 – which names only Israel for a lack of peace and makes specific demands only of the Jewish state – has been a catalyst for “the oldest hatred”.

Comments like “The gas chamber myth has been totally debunked …” and “Should of wiped them all off the planet 75 years ago and problem solved …”, for example, have been made recently by New Zealanders on Facebook.

The controversial resolution – that has received overwhelming bipartisan disapproval by the US House of Representatives, and which “blindsided” UK Prime Minister Theresa May – also led to classic antisemitic tropes being published in The Hawkes Bay Today by Malcolm Eves: statements like “… the Jews are God’s chosen people (meaning they can do what they like and it must be God’s will) …”, “… [Netanyahu] has the American neocon Zionist Jews politically behind him and the hoodwinked US taxpayer haplessly funding him …”, and the suggestion that there is a “Zionist plan for greater Israel”.

These sentiments go well beyond mere criticism of Israel; they are part of a long history of demonising Jews.

The “blood libels” of medieval times cast Jews as those who drink the blood of babies.

Jews have been portrayed as controlling the media, running the banks, and “the Jewish lobby” is not-so-subtle code for Jews pulling the strings of politics.

Today, some have replaced “Jews” with the Jewish state (or “Zionists”) and the libels continue, such as responsibility for a lack of world peace, wilfully slaughtering children, or seeking seizure of surrounding nations.

Resolution 2334 stops short of those libels but it is another example of gross double standards against Israel.

The Security Council has been largely quiet or impotent on 500,000 dead in Syria, civil war in Iraq, genocide in Darfur, ethnic cleansing in Ethiopia, and other hotspots like Yemen, Nigeria or Congo.

However, they found the resolve to name the holiest site in Judaism part of “occupied Palestinian territory” and to condemn Israeli buildings.

Such is the depth of feeling over the UNSC resolution, the offices of Minister McCully were vandalised.

As the president of the New Zealand Jewish Council said, “… offensive acts such as this should have no place in our society and are unacceptable to all New Zealanders, particularly to the Jewish community which has suffered from graffiti and other attacks in the past”.

There is nothing casual about the graffiti, the remarks of Eves, or the internet antisemites.

Whether you agree that settlements are not a real barrier to peace or you think continual refusal to accept a Jewish state is conducive to a resolution, there should be no place for free speech to cross over to hate speech or, worse, hateful action.

Rather than resorting to conspiracy theories or demonising language, we should be having open and honest discussion about the different sorts of settlements (blocs versus outposts, for example) or the legal status of any building beyond the 1949 armistice lines – the Israeli supreme court has deemed some Jewish and Arab Palestinian buildings illegal and ordered them demolished but it has not intervened in other construction.

We should be debating the constitution of the United Nations and why many more resolutions are passed against Israel than all other countries combined.

We should be asking ourselves why Israel is flourishing with a 20 per cent Arab population while Palestinians are still reliant on massive amounts of humanitarian aid and enact a Judenrein policy.

We should be pondering why there are still Arab Palestinian refugees while Jewish refugees from Arab lands are no more.

We should be questioning why Jews make up 0.2 per cent of the world population but account for more than 50 per cent of religious hate-crime victims (where recorded).

While the spotlight is squarely on Israel, it might also pay to look beyond the tiny strip of land (almost 13 times smaller than New Zealand) and ask if Israel is truly where we should be focusing our ire.

However, these questions require that we don’t simply paint one group as evil.

Have we learned nothing?

Dr David Cumin is an Auckland-based academic and part of the NZ Jewish community.