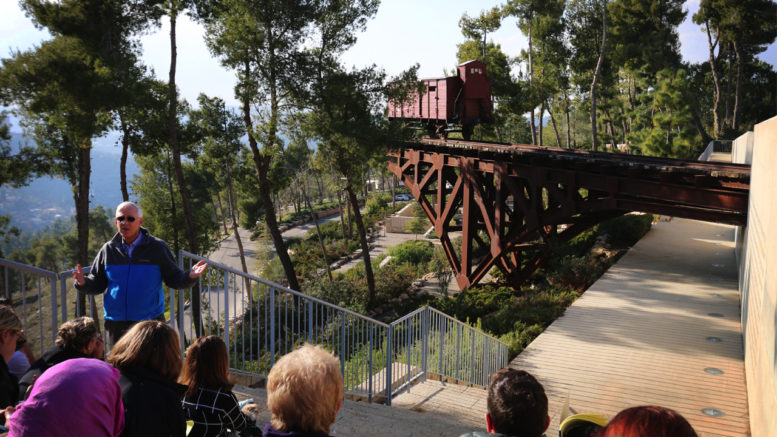 Walking down the halls of Jewish history can be a daunting and emotional task, especially when you are brought face to face with those who survived some of the the worst of it. In order to truly understand, you must enter the world of their stories. In January 2017, a group of twenty-six New Zealand educators did exactly that, thanks to generous scholarships awarded by the Holocaust Centre of New Zealand. And I was fortunate to be one of them. We travelled to Jerusalem, Israel to participate in a seventeen day seminar run through the International School for Holocaust Studies at Yad Vashem. My life and teaching practice has drastically changed because of this transformational experience.

Located on the Mount of Remembrance, the Yad Vashem memorial campus was established in 1953 by the Knesset, Israel’s parliament, to memorialise the victims and heroes of the Holocaust. The campus holds the Holocaust History Museum, a multitude of memorial and commemorative sites, The Museum of Holocaust Art, a synagogue, a research institute with archives, a library, a publishing house, and, perhaps most importantly, an educational center, The International School for Holocaust Studies. The school trains approximately 10,000 educators from around the world every year, transforming their practice in taking students safely in and out of the emotional turmoil of learning about the Holocaust.

There’s something surprising about how people react when you tell them you’ve spent three weeks of your summer holiday studying the Holocaust in Israel. You can imagine jagged question marks bouncing around their heads, wondering why on earth you would put yourself through that. For me, though, there was no question about whether I would apply and attend the Yad Vashem Seminar. I had anticipated it being an emotional whirlwind, but had no idea what I had truly gotten myself into. 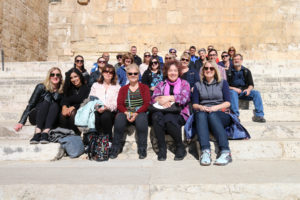 Our first lectures started with topics such as the ancient roots of antisemitism and the stereotyping of the wandering Jew, starting us on an in-depth study of the history that led to the deaths of millions throughout Europe as Hitler attempted to wipe Jews from the face of the earth. We unpacked teaching strategies and stories of many Jewish victims. We learnt about the pogroms throughout Europe, the development of the Nuremburg laws through to the ghettos and, finally, the development of the Final Solution that led many Jewish men, women and children to the gas chambers. We learnt about the rich culture that Jewish people have held onto throughout the centuries, making the loss of millions even more tragic for all of us. We learnt about the return to life after the war that many displaced Jews faced. And, most of all, we learnt about how to teach it in a more meaningful way, by focusing on names, not numbers.

As an English teacher and lover of literature and film there were two particular highlights throughout these lectures. The first of these was hearing Dr Alan Rosen, a doctorate student of Elie Wiesel, speak so passionately about Jewish literature. As he began to speak, his passion for unpacking and discussing the power and messages of Jewish literature was palpable. He spoke of both Hasidic and Haskalah writing and the direct influence that Jewish writing from before the war had on how Jews learnt to express themselves throughout the war. He helped us to see the ways in which religion and tradition is so entrenched in Jewish writing. The second of these highlights was listening to Rich Browning who presented an enthralling argument for how we must carefully consider the ways in which history is presented, particularly the representations of victims and perpetrators in films that deal with aspects of the Holocaust.

In order to wrap up our first two weeks of intense study, we had the honour of meeting four inspirational survivors and putting real faces to real stories. Daniel Gold, Rena Quint, Yehudit Kleinman and Eva Rac-Lavi told us just some of their harrowing stories of growing up facing the atrocities of the Holocaust. They spoke of growing up in ghettos and surrounded by persecution. Daniel spoke of spending endless hours in silence, hidden in a root cellar and, later, under the floorboards of a peasant’s house. Yehudit spoke of having to choose her neighbour over her mother in order to survive. Rena spoke of turning herself into a boy so that she could work and, therefore, survive. Eva, one of the survivors from Schindler’s list, told us of clinging to a drainpipe in minus 30 degrees in order to hide from Nazis looking for children in the ghetto. Each of these survivors have their own unique stories of growing up through the torture of the Holocaust. Each of their stories clearly illustrate the ways in which children experience some of the worst fallout in war. However, each of them are stunning examples of the power of the human spirit’s ability to overcome tragedy, speaking of their successes and lives since surviving the Holocaust. The greatest success for Holocaust survivors I have discovered is grandchildren because they represent the victory over the trauma of the past. 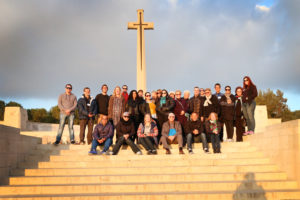 The aims of this seminar were to teach New Zealand secondary school teachers how to more effectively educate our young people about the horrors of WWII, in particular, the individual stories of those that faced persecution. However, I think it does much more than that. It changes lives and perspectives. It has enabled us to grasp greater understanding of the richness of Jewish culture and hopefully pass that on to the next generation. It has shown us why it is so important to understand the realities of what Jewish victims faced through Germany’s attempted extermination of the Jewish people, within the frame of Jewish culture and history. The seminar also made connections to present day issues throughout the Middle-East, with our visit to the Syrian border and with one of our final lectures detailing the continually building tensions that surround the nation of Israel. This connection illustrates the warning of George Santayana’s famous quote that is printed on the walls of Auschwitz, “Those who do not remember the past are condemned to repeat it”.

So what does this mean for the lessons in my classroom? Since returning from Israel, it has been quite a process to work through all of the knowledge I have gained from this seminar. It has also led to me voraciously reading multiple memoirs, poetry collections and other history books, though. I am even more invested in telling the stories of victims from the Holocaust. It has also meant working with my English department at Albany Senior High School to develop how we tackle emotionally challenging issues such as the Holocaust, making sure we bring students safely in and safely out.

Together with my department we have developed a perspectives task that looks at the representation of history in film and literature with texts set during WWII such as Toyland (2007), The Imitation Game (2014) and Defiance (2008). Students then research the text’s accuracy by looking at victims, perpetrators, bystanders and historians’ perspectives on what really happened. As Rich Brownstein poignantly said, “It’s not an issue of historical inaccuracies but about historical manipulation.” We’re trying to encourage students to not only understand the true realities of what happened but to also understand the ways in which the retelling of history is often manipulated to create a more dramatic or symbolic message. But what matters more, the sentiment or the truth? I believe it’s the latter.

I’ve also been inspired to bring a wider range of texts into my courses, including more poetry and memoirs from victims before and during the Holocaust, having brought a range of memoirs and poetry books for our school library. Generally these focus on Jewish resistance, whether it be Jews who joined the partisan fighters throughout Latvia, Lithuania and Belorussia late in the war or a Jew expressing themselves through poetry that was hidden to survive the war. These stories serve to enhance my teaching of the film Defiance (2008) by allowing students to see that although the story of the Bielski partisans is unique in many ways, it isn’t the only story of resistance. I want to make sure my students understand that Jews weren’t led like lambs to the slaughter, that there were many Jews who fought in their own ways. I am increasingly aware of wanting to share stories that show physical, cultural and spiritual resistance to the extreme persecution from not only the Nazi war-machine but also the many antisemitic locals throughout Eastern Europe.

Throughout this experience the question of whether the Holocaust is still relevant has come up multiple times. The truth is that it will always be relevant because humanity still seems incapable of learning from it. It increases in relevance everyday as we battle to understand the atrocities that are happening around our globe, as we battle to allow our governments to increase refugee quotas and as we battle to understand how people can act with such brutality. By understanding the experiences of the Jewish victims of WWII, we can build empathy for those fleeing their war torn countries right now and, hopefully, learn to act in a more responsive and empathetic way. It’s important that we understand that learning about the stories and the victims of Holocaust is to develop empathy, not judgement.