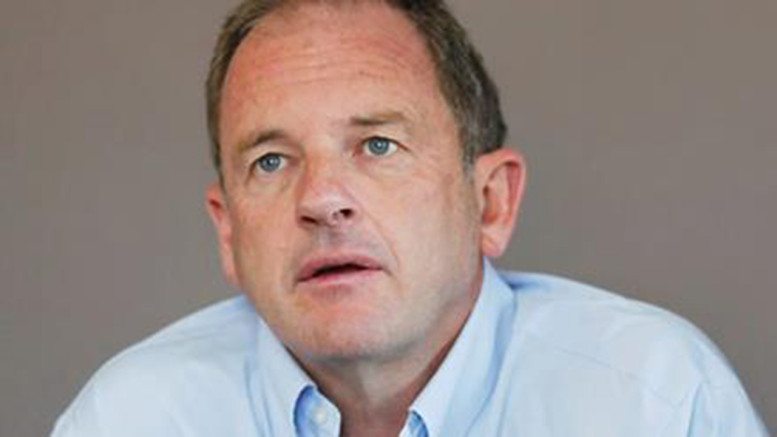 David Shearer is a well-liked and respected politician who has proven his humanitarian credentials by working and running programmes in some of the most war-ravaged parts of the world, including Somalia, Rwanda, Iraq, Afghanistan, and Gaza. His track-record shows him to be someone who cares about the downtrodden and dispossessed.

Thanks to this professional background, Shearer is held out by the Labour Party as their expert on international affairs, particularly in relation to the Middle East. Indeed, his PA has claimed that

there are few New Zealanders better qualified to comment in an un-biased [sic] way on the Israel/Palestine situation than David, given his background.”Alec McLean, Executive Assistant to David Shearer

Unfortunately, the evidence suggests that this statement is completely incorrect.

While David Shearer clearly has an interest in the conflict, we have yet to see any real evidence that he has a real understanding of the complex issues involved from both sides’ perspectives. Additionally, the public record of his statements and actions demonstrate that in no way is Shearer an unbiased commentator.

A recent post on David Shearer’s Facebook page, supporting Murray McCully’s statements blaming Israel for the stalling of the peace process, has brought these shortcomings into clearer focus. On being challenged about his post he replied:

Yes none of us should ignore or tolerate violence particularly against civilians – I agree – but settlement expansion IS the major issue to any two state solution. That’s obvious. Since I left there in 2007 tens of thousands of new houses have built. More than 500,000 settlers now live in the West Bank. Each settlement has its own roads, infrastructure that for the most part are completely separate from the Palestinian villages they are adjacent to. How is it possible for a Palestinian state to operate with thousands of Israelis inside it? Or why build more if a two state solution is the end goal and reaching that goal will be made evermore less possible?”David Shearer [emphasis added]

To which there was a reasoned response and question from Juliet Moses:

David, Israel “operates” and indeed flourishes with a 20% Arab population, as you will be aware. Arabs have fully democratic rights and function at every level of civil society, including Parliament, the Supreme Court and academia. So, if I understand the argument correctly, Israel can and is expected to operate like this, and Palestinians insist they must have the right of return to Israel, which would soon mean an Arab majority in Israel. However, the West Bank, where Jews have lived for thousands of years and that Palestinians have NEVER had sovereignty over, must be judenrein? How is that even-handed? How you can think that settlements is THE issue when the Palestinians demand self-determination in and sovereignty and exclusivity over the West Bank but deny that same right to the Jews in Israel?“Juliet Moses [emphasis added]

Imagine if a politician said “Israel cannot operate with the 1.6m Arabs who live in the country”. If anyone were to suggest that Israel could not function as a country if there were a minority of Arabs living in it as equals, that person would correctly be labeled a racist; it is racist to suggest that the Jewish state must be exclusively Jewish. Moreover, they would be ignoring reality; Israel has flourished with Arabs comprising 20% of the population and having full and equal rights.

And yet, David Shearer believes that it would be unthinkable to contemplate a Palestinian state “with thousands of Israelis living in it”. Is such a blatant (and arguably, racist) double-standard acceptable from a politician who prides himself on being an unbiased commentator? Or has David Shearer not really considered these questions? Having apparently received little challenge to his “expert” credentials in New Zealand political circles, it is a possibility. Either way, we look forward to clarification of his statement.

An examination of statements that Mr Shearer has previously made in relation to the Arab-Israeli conflict shows a pattern of harsh criticism of Israel, with little regard for context or alternative points of view. We have yet to see any substantive criticism by Shearer of the corrupt and undemocratic Palestinian Authority, which surely one should reasonably expect of a humanitarian who cares deeply and speaks out for the oppressed.

In his Facebook comment above, Shearer said that “none of us should ignore or tolerate violence particularly against civilians”. However, Mr Shearer has not once condemned the Palestinians for the current wave of terror attacks against Israelis, which have been condoned and encouraged by their leadership. David Shearer has a long history of public statements that should give pause to those who would call him “un-biased”.

We reported that Mr Shearer co-hosted a screening at Parliament of “5 Broken Camera’s with hate group Kia Ora Gaza earlier this year. Mr Shearer stood side by side with Kia Ora Gaza spokesman Roger Fowler, and endorsed the one-sided film openly and without any caveat. Shearer has not hosted an event that gives an Israeli perspective. He has, however, hosted and proclaimed support for Palestinian Authority representatives, seemingly without question.

Mr Shearer has proudly publicised his relationship with Palestinian Ambassador to the UN, Riyad Mansour, a man who has invoked an age-old blood libel against Israel, claiming Israelis harvest Palestinians’ organs. Ambassador Mansour is not the only Palestinian leader to make such claims but there has been no evidence to substantiate them. Mr Shearer has not, to our knowledge, expressed any concern about these comments.

Mr Shearer has also hosted Palestinian Foreign Minister Dr Riad Al-Malki, a man who has said the Palestinian Authority will “never again” sit down to conduct direct negotiations with Israel, and thanked him for his “commitment”. If outright rejecting the idea of negotiations is the type of commitment that Mr Shearer endorses, he cannot claim to be a fair commentator on the Arab-Israeli conflict. Such a position, and the wish for a state without Jews, is the same as the terror group Hamas.

In short, we are not aware of any evidence whatsoever to corroborate the claim that Shearer is both unbiased and a subject-matter expert. In fact, his approach to date has appeared to consist of one-sided sloganeering instead of a considered and rational examination of the facts. We expect and hope for further understanding, nuance, and engagement from one of our leading politicians. A response to Juliet Moses’ question would be a good start.