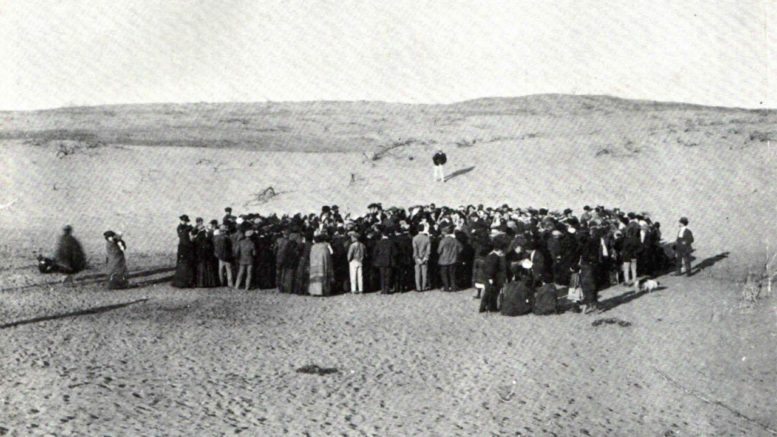 In this 4-part series, Professor Dov Bing examines the historic connections of Jews and Muslims to Israel and the more contemporary establishment of the State of Israel. Part 1 concerned the indigenous Jewish presence in the land. Part 2 examined the Arab connection to Israel/Palestine. Part 3 was about the more contemporary Zionism movement and the Balfour Declaration. This fourth and final part is about the post-WWI development of Israel and the land settlement policies.

At the end of World War I, some of Palestine’s land was owned by absentee landlords who lived in Cairo, Damascus, and Beirut. Analyses of land purchases from 1880 to 1948 show that 73% of Jewish plots were purchased from large landowners, not poor fellahin.[19] Most of the land purchased had not been cultivated previously because it was swampy, rocky, sandy, or for some other reason, regarded as uncultivable. According to the Peel Commission of 1937:

The Arab charge that the Jews have obtained too large a proportion of good land cannot be maintained. Much of the land now carrying orange groves was sand dunes or swamps and uncultivated when it was purchased…”Peel Commission

Moreover, British policy encouraged Arab settlement on potentially fertile state land and barred Jews. In 1944 Jews paid between $1,000 and $1,100 per acre in Palestine for arid and semi-arid land. In the same year rich black soil in Iowa (USA) was selling for about $110 per acre.[20]

Arabs were not displaced by Jewish settlement. Britain inquiry showed that these complaints were groundless. After one such investigation, the British offered new lands to allegedly displaced Arabs. Only 347 peasants took advantage of the offer.[21] In fact, when large scale Jewish immigration began, there was a shortage of labour, and many thousands of Arabs came from Jordan, Syria, and Iraq to get work in Palestine and to take advantage of the higher wages and living standards.[22] According to a British census the Arab population of Palestine rose by 75.2% as compared to 25% in Egypt. Between World War I and World War II the Arab population rose by 380,000. Significantly the Arab increase was largest in areas of Jewish development.

Britain fought the drive for Jewish statehood as a threat to its Empire and its relations with the Arabs. British anti-Jewish policies climaxed in 1939 with the infamous British White Paper, which ordered that future Jewish immigration be limited to 10,000 a year for five years and to an additional 25,000 refugees from Nazism.Thus, at a time when Jewish need was greatest when Hitler was threatening the extermination of European Jewry and doors were closing elsewhere, the British Government announced a policy which all but closed Palestine’s doors and which would have ended any possibilities of the establishment of a Jewish State. When British troops left Palestine on the eve of Israel’s independence, they turned over strategic positions and military material to the Arabs.

The Palestinian peasant was indeed being dispossessed, but by his fellow Arabs, the local sheikh and village elders, the tax-collector, the merchants and moneylenders, and when he was a tenant-farmer by the absentee-owner. This medieval feudal society was disrupted by the advent of Jewish pioneering enterprise. Small wonder that this aroused the ire – and the active opposition – of the Arab sheikhs, the absentee landowners and some of the Bedouin tribes, who all had a vested interest in keeping things exactly as they were.

According to the British Government statistics, prior to the establishment of Israel, 8.6% of the land was owned by Jews; 3.3% by Arabs who remained; 16.5% by Arabs who left. More than 70% of the land was owned by the British Mandatory Government. It was transferred to ownership of the Government of Israel. The public lands included most of the Negev – half of Palestine’s post 1922 area.[23]